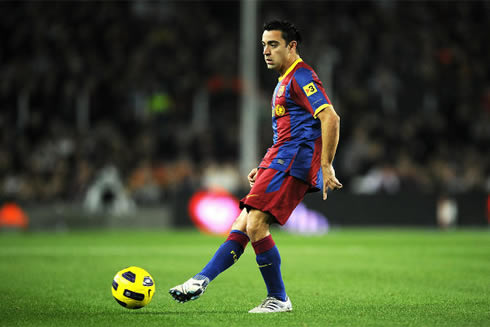 Soccer passing technique is essential for players to be able to pass the soccer ball firmly and accurately.

Young soccer players need to be encouraged to kick the ball with pace because they usually go for the soft passing during training sessions.

Passes that are firm and accurate are more comfortable to control for the player receiving the soccer ball.

When the pass has pace, the receiving player can quickly settle the ball or use the first touch to move with the ball immediately.

Players need to take into consideration fundamental skills when passing the soccer ball.

Soccer passing is an art, and it takes years of training to hone different passing techniques in soccer.

If you watch soccer, and have an understanding of the game, you must realize that soccer passing wins matches, and makes the game more interesting to watch.

Soccer Passing Technique takes years of training, and hones the soccer passing skills through repetition in practice and games.

Different positions on the field require different passing skills, but every player should understand how to pass the soccer ball firm and accurate; on the ground or in the air.

Midfield players will use different passing techniques to create plays and scoring opportunities for their teammates.

Every midfield player should be encouraged to be creative and take calculated risks with their passes. Midfield players need confidence to trust their instincts with passes during the game.

Players like Xavi, Iniesta, Beckham, Riquelme, Zidane, Pirlo, and many others from past and present are the reason for their forwards scoring many goals.

Defending soccer players use passing to get out of dangerous spaces and move the soccer ball from defense into attack.

Defenders stop the attack and shouldn't take risks with passing. Instead, they need to pass the soccer ball quickly and safely. One mistake from a defending player could turn into a goal-scoring opportunity for the opposite team.

Defenders are the last line of defense most of the time, so if the pass isn't a safe option, the defender should not be ashamed to kick the ball out of play or clear it up the field and out of danger.

Attacking players use soccer passing skills to hold the game of play and create chances for other players in attack. Forward players score goals, but they have to pass the soccer ball accurately, and in many cases, back to their midfield teammates or the wide players. Forwards can use a very effective soccer passing technique called give and go.

Give and Go is a one-two touch-passing technique, where the forward passes the ball, and continues running to get the pass back. Give and Go pass is one of the most effective ways for a player to escape the defender and get an opportunity to score a goal.

Soccer passing techniques help players pass the soccer ball on the ground or in the air to relieve pressure in defense or create opportunities in the attack.

A short passing technique is used most frequently during soccer games.

Short passing is a fundamental and accurate way to get the ball to your teammate. When making short passes during a soccer game, or practice, the players must make enough contact when kicking the ball so that the ball travels to your teammate faster.

Striking the ball hard, aiming for the center of the ball, with the inside of your foot will make the soccer ball travel fast, and accurate to your teammate. That is, if you use the correct soccer passing technique for kicking the ball.

It is more comfortable for the player to receive the ball, trap and control the ball coming with pace, than receiving soft pass which allows defenders to get in position, cut off the pass, or put pressure on the player receiving the pass.

Through Ball Passing in Soccer

Through ball passing in soccer is used to split the defense. Best used to get the ball behind the defenders and into the path of an already running teammate.

This soccer passing technique takes years of training to develop because players have to build the right power, accuracy, and where to strike the soccer ball when making a through ball pass in different situations on the field.

Through ball pass requires players to have an excellent vision of the field and spot teammates runs suitable for a through pass.

In more simple terms, through ball passing is used to kick the ball into space for a teammate to run onto before the defender reaches it.

Lob soccer passing technique is used to pass the ball to a teammate over the defenders, not giving them any chance to reach the soccer ball, and intercept the pass.

Lob passing skill can be used to change the point of attack, and switch the gameplay from one side to another.

When passing the ball with a lob pass, players will want to strike the lower part of the ball, causing an upward kick. Lob pass requires the player to hit the soccer ball with a precise amount of power to complete a long lob pass. Striking the ball too hard will make the ball go up too far while hitting it too soft will not give the ball enough air time, so defenders have a good chance of intercepting the pass.

Crossing means driving the ball in the air, or on the ground, towards the opponent's penalty area, for a chance to score a goal. Cross the soccer ball with pace inside the penalty area. The slightest touch on the ball from good crosses, can change its direction towards the goal.

These soccer passes are usually intended for forwards, and need to be firm, and aimed towards the penalty spot.

Wing players, or full-backs, make a great point of attack if they are skilled in crossing the soccer ball. It takes years of practice, and 1000's of repetitions, to build up the technique for striking the ball with power and accuracy, to cause the ball to curve, or bend, in mid-air.

David Beckham built his career from being one of the best players to cross the soccer ball during his time. His crosses, long passes, and free kicks earned him many medals and trophies throughout his career.

Practice crosses with the inside top bone of the foot.

Lock your ankle, toes down.

Give and Go Soccer Passing

Give and Go Pass is the most practical and straightforward passing technique that will leave the defenders behind, wondering where the ball went.

Give and go passing has been successfully used throughout the history of soccer, and is perhaps the best passing technique to catch one, two, or more defenders out of play.

The give-and-go passing technique is exactly as the name suggests, the player with the ball makes the pass and continues running to receive a one-touch pass back into feet, or into space.

As the players passing skills grow through practice and repetition, he/she will be able to make accurate passes using different parts of the foot.

Train Soccer Passing with Both Feet 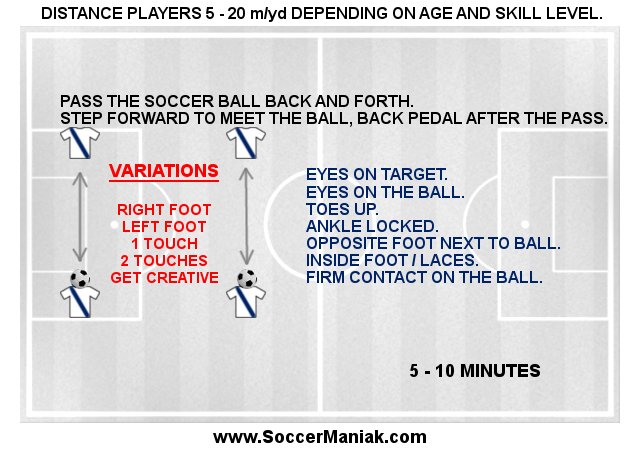 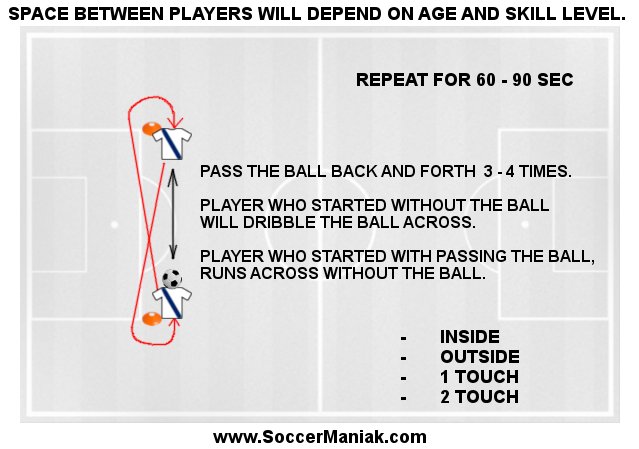 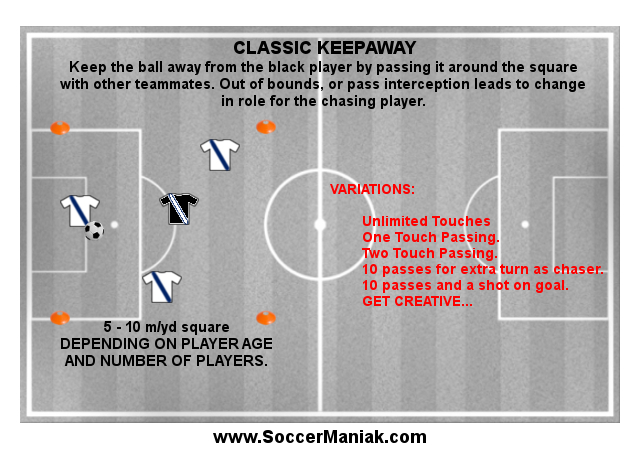 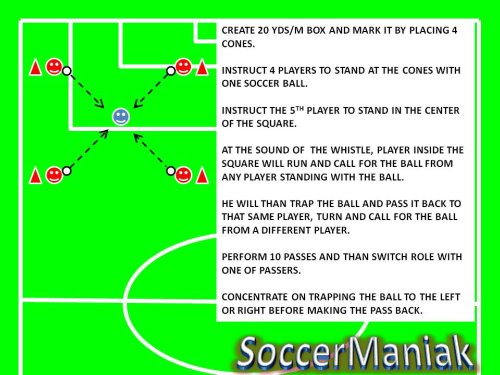 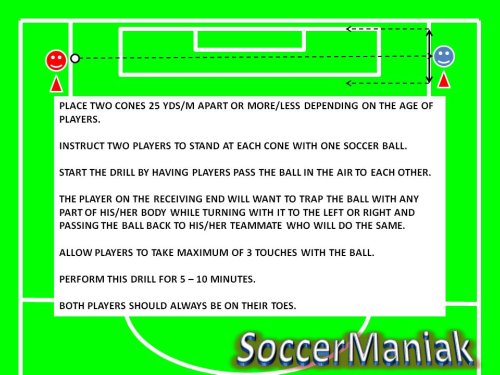 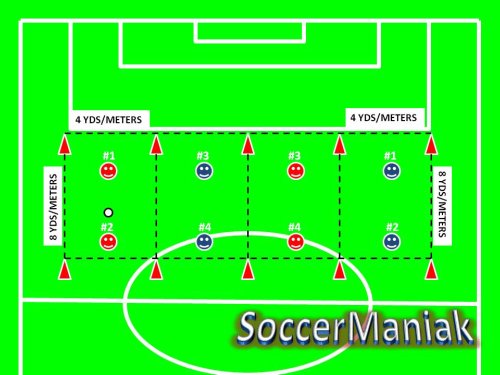 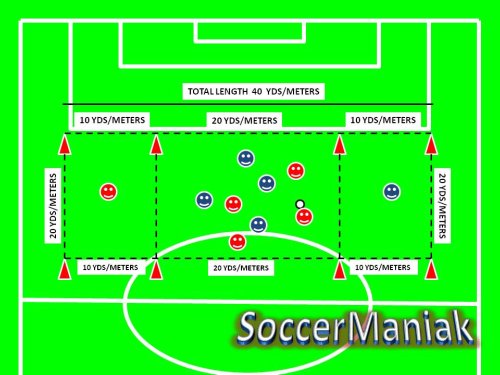 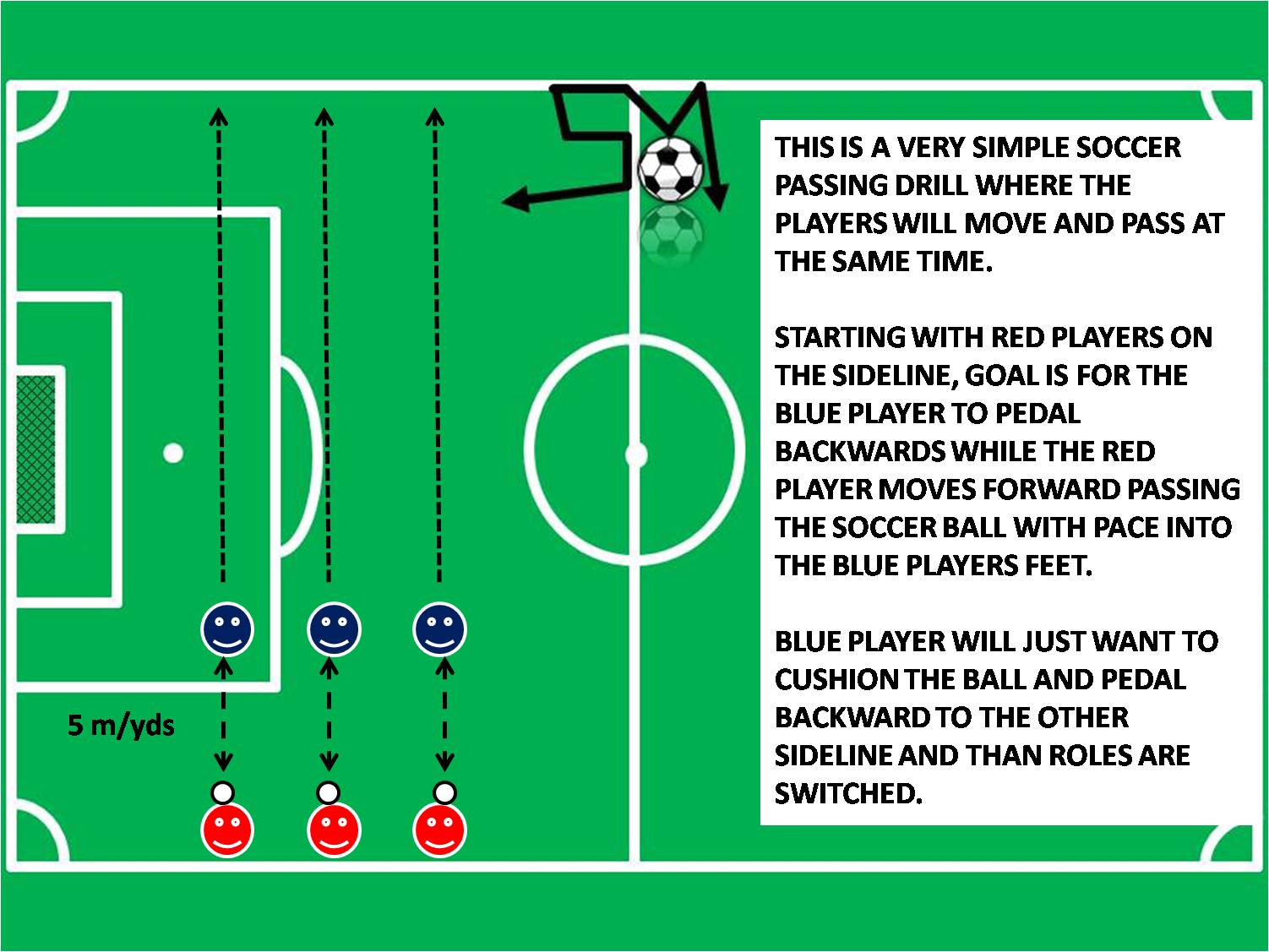 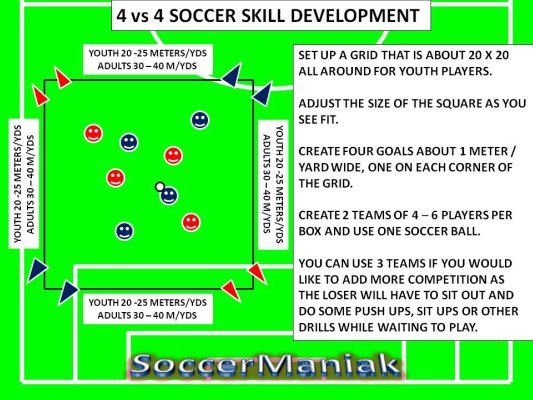