How to Control Soccer Ball 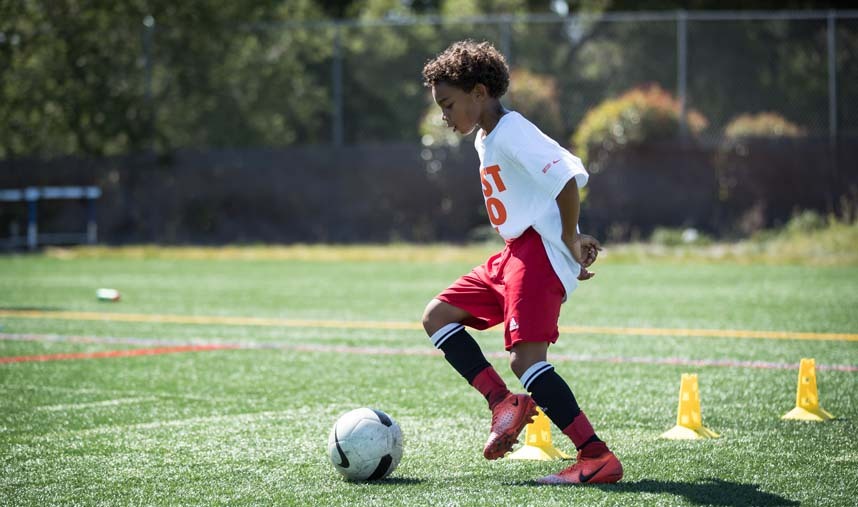 How to Control Soccer Ball

How to control soccer ball? There is no easy answer for this question. Science shows that 10,000 hours is a good metric for mastering skills.

Being able to control the soccer ball and move as you receive will come with different soccer ball control drills and small-sided games during practice.

Young players (U14) should always spend time playing in small-sided games to help them fully develop their ball control skills and creativity on the field.

Small-sided games means smaller play area, such as a 16-yard box or even smaller field with 3vs3, 4vs4 or 5vs5 games.

Futsal is a soccer game that significantly develops the player’s ball control skills.

Futsal types of games allow the game to be the coach. Players learn how to control soccer ball through a lot of touches on the ball, both offensively and defensively.

I don't know how it is in different parts of the United States. Here in Utah, there aren’t many futsal places where young players can develop through fun and play.

Futsal is a game where players develop their ball control skills from playing and having lots of touches on the ball in different game situations.

Small-sided games develop ball control skills, quick decision making, and awareness. These skills transformed their skills on the big field to another level, eventually making them able to manipulate and control the soccer ball in ways that seemed impossible.

Futsal and Street Soccer are top games for youth players who want to learn how to effectively control soccer ball, get more creative during games, and become a better dribbler and overall soccer player.

In my opinion players can't develop their ball control skills playing big sided games or even indoor soccer, especially at a young age.

Futsal, Street Soccer, and Small Sided games are crucial in learning how to control soccer ball with ease and develop many other soccer skills like dribbling, passing, shooting, creativity on the field, etc.

Juggling the soccer ball is another essential exercise in learning how to control a soccer ball better.

Develop ball control skills by juggling the soccer ball and using every part of your body except hands to control the ball as you get better and better at it.

Players with excellent ball control skills can usually juggle the soccer ball with different parts of the body. They can use the inside of the foot, outside of the foot, top of the foot (laces), thighs, head, shoulders, and chest for a more extended time and 100's of juggles before the ball hits the floor.

Learning how to control a soccer ball effectively develops the player’s sense of better timing shots or passes.

These players will be much more skilled in dribbling, creativity, passing, and shooting as they get older.

The only way to learn how to control a soccer ball and make it a habit naturally is through thousands and thousands of touches on the soccer ball.

Get thousands of touches by playing Futsal, Street Soccer, Small-sided games during practice, and juggling the soccer ball as many times as you can daily.

Players should always be encouraged to use both feet, especially when they are young.

Using both feet will develop the player’s weaker foot and make them twice as effective on the field when they get older.