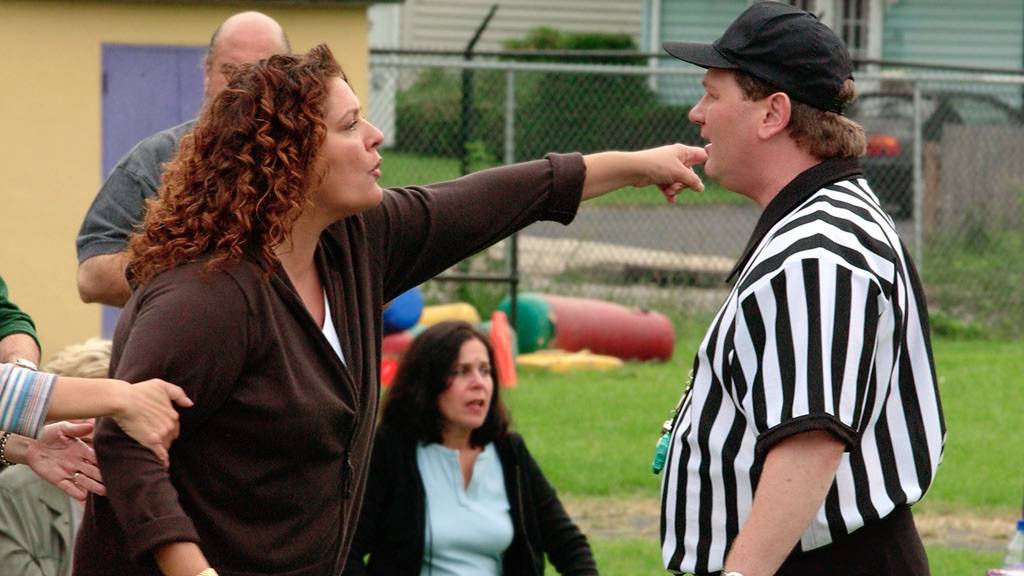 Soccer Tips for Parents - Play a part in the development of your young soccer player.

Through encouragement and personal growth, parents can play a vital role in a child's development as young soccer players and people.

Soccer Tips for Parents starts with soccer parents behavior and how the parents should behave when it comes to watching their kids play or disagree with the coaches or the referee.

Kids act like their parents, and parents naturally become involved in their children's development from an early age. Be a parent who supports and shows interest in the game.

Turn off the TV and put away your smartphone. Take the time to go outside and play with your kids.

In return, kids will develop their passion for the sport. Parents showing interest will lead to kids loving this sport that much more.

During kid's practice, there is always an option to get involved in the training drills and have a workout. Working out is a lot more fun than standing on the sidelines.

Ask your child's coach to get involved in training sessions. I'm sure the coach would love some help, and it will also make the practice more of a family time out, having fun in the sun and collecting stories to tell later on.

Getting involved in practice does not mean taking away the coach's control, but instead helping out with different parts of the training, always encouraging kids to do better.

Come game time; parents need to step back and not be involved in decision making when it comes to substitutions, formations, starting players, etc.

The coach is there for that reason, and parents can only make a scene if they try to get involved during the games.

The best soccer tip for parents during games is to sit far away from the coach and the player's bench, enjoy the game and cheer for your child from the sidelines.

Don't be one the type of parent that is running up and down the sideline, screaming at the ref, coach, and the players. This behavior can quickly escalate into more chaos and makes it about parents and not children out having fun.

Soccer/Football is a team game, and not all kids will get to play the same amount of time, or start the match.

Most soccer parents feel as if their kid should be playing more or in a different soccer position, which causes parents' soccer behavior to become unacceptable when they voice their opinion in front of the players and other parents.

The coach will decide. Even if the coach is wrong, young soccer players will learn discipline and respect for the Coach and the game. Soccer parents can bring up issues in a more closed environment.

Here are some soccer tips for parents when there is a disagreement.

The only way to resolve any disagreement is during a coach/parent meeting. This meeting will cover any questions or concerns parents may have. The most significant decision will be determining the team's focus, winning games, or playing recreational soccer. Recreational soccer enables all players to have similar playing time on the field.

Soccer is a very competitive sport, and the game played to win.

Playing recreational soccer is where every player has about the same amount of playing time, making it hard for that team to be on the winning side very often.

If your child plays on a competitive soccer team where winning is the sole intention, the coach will want to use the best players to make the starting team.

This coach will want to use fewer subs giving less chance for the other kids to play. After all, soccer is a game where you can only have ten outfield players at the same time.

The competitive team will ensure that the players practice hard and fight for that starting spot on the soccer team or even being a regular sub during games.

Everyone is happy when the team is winning, even the players that don't get much playing time feel good and will want to practice hard to earn that starting spot.

If your child is one of those players warming the bench most of the games, get involved by encouraging him/her and getting them to train on their own aside from practice.

Going to the park or the backyard and juggling the soccer ball with them is a great way to motivate them to practice independently.

Juggling the soccer ball is a great way to develop ball skills.

Make a rebound board or rebound net in the backyard for your young player. Its fun and exciting kicking the ball and having it return to you to practice trapping and kicking :)

Best soccer tips for parents continue with organizing a beautiful day out in the park. Contact other soccer parents and involve more kids to make it a fun, unorganized soccer game.

Small-sided games 2v2, 3v3, 4v4 with one of the soccer parents in each goal is a great way to help your kids develop the soccer ball skills. Small-sided games lead to more touches, playing offense and defense, and having fun trying different moves and tricks without pressure from the coach.

Soccer parents in goals are not necessary, but it will give that motivation to try and score on an adult.

Conflict may come up when your kid is playing on a competitive team, and the coach keeps playing the same players even in matches that don't mean anything. Approach this issue during a coach/parent meeting or practice nicely and calmly. NOT in front of the players...

Many teams play recreational soccer with intent to get the kids together to come out and play, without much emphasis on winning.

In my opinion, players should play in a more competitive soccer team. Competition is fuel to make players work harder to improve and earn that spot on the starting squad. Competition also develops the respect for this game, and a hard work ethic in practice.

My most stressed soccer tips for parents are about getting involved in practice and sharing new ideas with the coach, while respecting the coaches decisions when its game time.

Most important soccer tips for parents during games has to be NOT running up and down the sideline screaming instructions at the coach or even worse yelling and cursing at the referee.

Remember that the referee cannot see every little foul or a push, so they will make some bad calls during the game or even a lot of bad calls in some matches.

Making a scene when they do make some ridiculous calls is unnecessary. Even if the referee is in the wrong, it can only escalate and ruin everyone's day out.

Let the coaches and the referees do their job, and you, as a parent, should come and watch the game, mingle with the other parents, and support your kid.

Use these soccer tips for parents to show respect for the game and remain calm no matter what, after all its just a game.