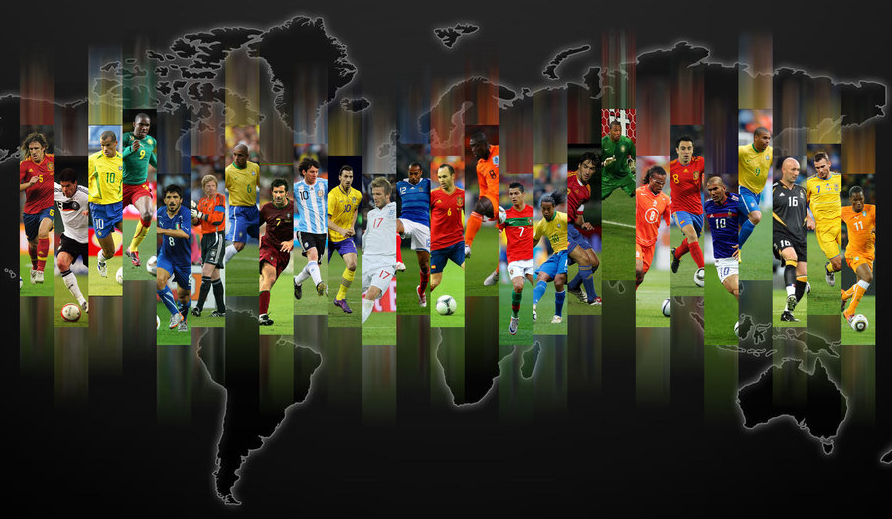 Soccer training is very important for this healthy, fun, competitive, physically demanding; and at times heated type of sport.

Tempers can run high, and friends may become enemies during the match, due to the competitive spirit of the game.

When its all set and done, there can only be ONE WINNER, earning the bragging rights along with the victory.

Professional soccer is followed by Millions of people around the world, with much passion and conviction, that in some parts of the world this sport is considered a religion.

Winning is the ultimate goal in the game.

Professional soccer athletes live a luxurious life, with players earning millions of dollars for their skills with the ball and the commitment to perform.

Their overpaid salary comes with a commitment to daily training and games. These players represent the club and commit to abide by the clubs rules.

Younger soccer players should want to play soccer as often as possible. Soccer is not a chore, but a way to get away from everything and have some fun kicking the ball around with friends.

Eventually, that fun may turn into passion and may lead to a fat paycheck.

Players below 12 years old should not have to deal with the pressure for winning games, not yet.

Their focus should to be on having fun playing soccer, being creative, learning from the game and applying simple technical skills learned through training.

Having fun, training hard and working on the technical part of the game (how to properly do different soccer skills), is best for developing younger soccer players.

As players get older, and winning becomes more important, positive habits and skills repeated early in a players career will come out to play and win games.

Game itself is a great Coach for players to use.

In order to fully utilize the Game as a Coach, players need to simply play more soccer with friends, teammates, rebound goal, or the wall.

It takes years, and thousands of hours of soccer training and playing; repeating different soccer skills through various soccer drills, over and over again, to become a great soccer player.

Training amount of time, quality of the training, and playing the game are the biggest factors in players development, especially at a young age.

Talent alone can only take players so far, hard work and dedication to train, play, and keep improving, is the map to becoming a great soccer player.

Ronaldo, Messi, Pele, Zidane, Maradona and all other soccer players worth mentioning have spent countless hours perfecting their soccer skills, especially when they were younger.

Some of them are still playing, and improving with age. Their improvement now, at a later stage in life is more mental, in the sense of reading the fast paced game as if it was slowed down.

Time, Passion and Effort are the key elements to improving skills in any sport.

Young players need to play more soccer, instead of typical 2 training sessions per week, with the game on the weekends.

Players need to spend time with the soccer ball every day, if they want to develop great soccer skills.

There are several simple, but very important fundamentals of soccer.

Young players, who miss out on the basic soccer fundamentals during their early years, will not be playing to their full potential as they get older.

WARM UP BEFORE GAMES OR PRACTICE

GET FAMILIAR WITH THE SURFACE OF THE BALL

SHOOTING DRILLS FOR POWER AND TECHNIQUE

PASSING IS AN ART IN THE GAME

AGILITY and SPEED DRILLS TO MAKE YOU QUICK

FORMATIONS AND TACTICS OF THE GAME

HOW TO PLAY THIS BEAUTIFUL SPORT

INJURIES SUCK AND ARE NEVER WELCOME

HISTORY OF SOCCER IS RICH AND LONG

RULES OF THE GAME ARE FAIRLY SIMPLE

SOCCER FACTS TO KEEP YOU ENTERTAINED

BEST PLAYERS IN THE PAST AND PRESENT

CLUBS AND SOME IMPORTANT PARTS OF THEIR HISTORY

STADIUMS AROUND THE WORLD