How to Understand Soccer Better 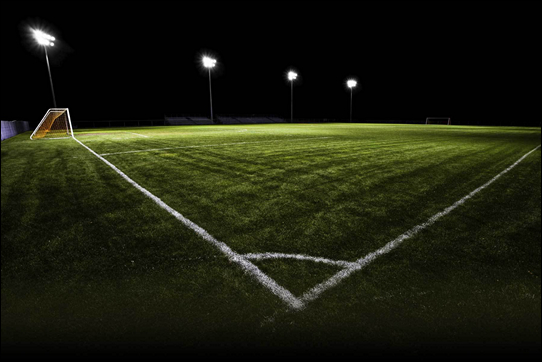 How To Understand Soccer - Introduction

How to understand soccer is rather simple once you learn the soccer laws of the game.

The basic understanding of soccer is that the game is won by the team that scores more goals at the end of 90 minutes.

How to understand soccer will depend on who is trying to understand the game of soccer. From a player's perspective, understanding the game takes years to master. Years make players read the game situations quickly and more clearly before they even happen.

Professional soccer players make it look easy to watch them control the soccer ball and perform different soccer tricks and kicks on TV. These players have taken years to hone their skills and understand the game on another level through constant practice, games, and watching soccer.

Professional players understand the soccer game so well that they can read situations before they even occur.
Many great athletes have said through interviews that the game slows down for them after playing and practicing a specific sport for years.

Players will best learn how to understand soccer through playing, practicing, and watching games on TV and live. Make sure when watching any soccer game to look at the big picture and follow what players are doing during both attacking and defending transition and both off and on the ball.

Learning how to understand soccer from a fan's perspective is as simple as learning the rules of soccer and following few soccer matches on TV or live.

Soccer may seem boring to some people because it is a sport where not that many goals get scored. However, soccer is also the most-watched sport in the world and the number 1 sport in almost every Country.

Game of soccer is a lot of fun to watch because it's a fast-paced, physical, and nerve-racking game for both players and fans. There are many moving parts on the soccer field that divided into Defense, Midfield, and Offense. These players have to work collectively to have a better chance of winning the game.

Watching and playing soccer as a young player, I used to watch only where the action was happening with the players in control of the soccer ball. Years later, I started noticing the big picture on the field with many different aspects of the game.

Now I look at the whole picture whenever watching or playing soccer and notice that the game is usually won by the team that has all 11 players working and moving in sync.

Soccer is a game where players who do not have the ball need to do their part on the soccer field.

In soccer, passing is the primary skill used, and the players will want to pass the ball around and build the attack slowly from defense into offense.

Soccer is a very physically demanding sport and requires players to be in top shape because of constant running without any breaks.

The game lasts 90 minutes with a 15-minute break in between 45 min halves.

Each team starts the game with 10 outfield players and a goalkeeper, who is the only player that can use his/her hands inside the penalty box (16 m/yard box around the goal).

If the goalkeeper leaves this area, he/she is considered just another outfield player.

The soccer field is marked with lines that are considered out of bounds only if the whole circumference of the soccer ball crosses it.

As long as any part of the ball is on the line, the play continues.

Players will learn how to play the game better through games and practice with the right mindset and hard work to develop soccer fundamentals: passing, shooting, and vision on the soccer field.

The Player's mindset should be on always trying to look up and seeing every part of the grass on the field, instead of getting caught up watching the game.

How to Understand Soccer Better

Here are some simple facts on how to understand soccer better:

I hope you understand the game of soccer a little better after reading my article.

Keep playing and watching soccer to learn how to understand soccer better.