One of my favorite soccer drills to improve ball control is a simple soccer drill setup with Six Cones and a Soccer Ball. 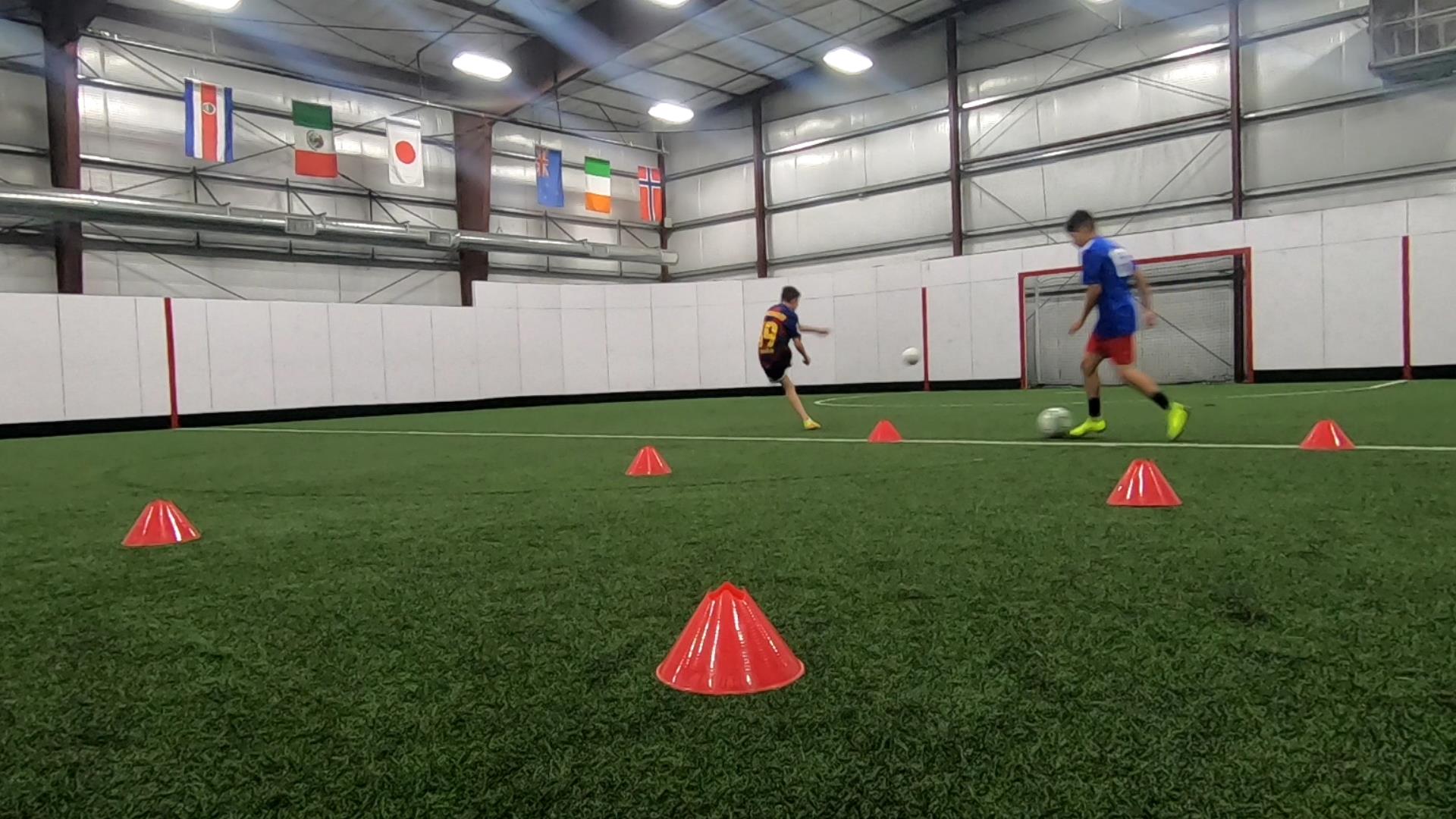 Set up six cones like in the picture. Space them out per age and skill level of the players.

I like to use big cones as they are sturdier than the little cones. You can also use soccer balls and add ten pushups punishment for touching the stationary soccer balls.

Lots of Inside and Outside of the Foot Turning

This soccer drill teaches young players how to effectively use the inside and outside of their foot to turn with the soccer ball.

Depending on the skill level and age of the player, some players will do better than others. Building skills with the soccer ball takes time, passion, and consistent training.

Learn how to use the inside and outside of the foot to turn. At the same time, get lots of touches in between the cones with this soccer drill.

Speed of execution depends on the player's skills with the soccer ball.  Beginner soccer players need time to learn and develop. Slowing down when skills are not there strengthens the player's foundation in soccer. Learn different soccer skills through repetition, time, and PROPER body movements. Very young players are just beginning to understand coordination and feel for the soccer ball.

In this soccer drill, players attempt to touch the soccer ball with every step while turning with the soccer ball quickly around the cones. Accelerate from cone to cone and try to complete the grid with no mistakes, and at speed.

Finish with Agility and Speed Running without the Soccer Ball 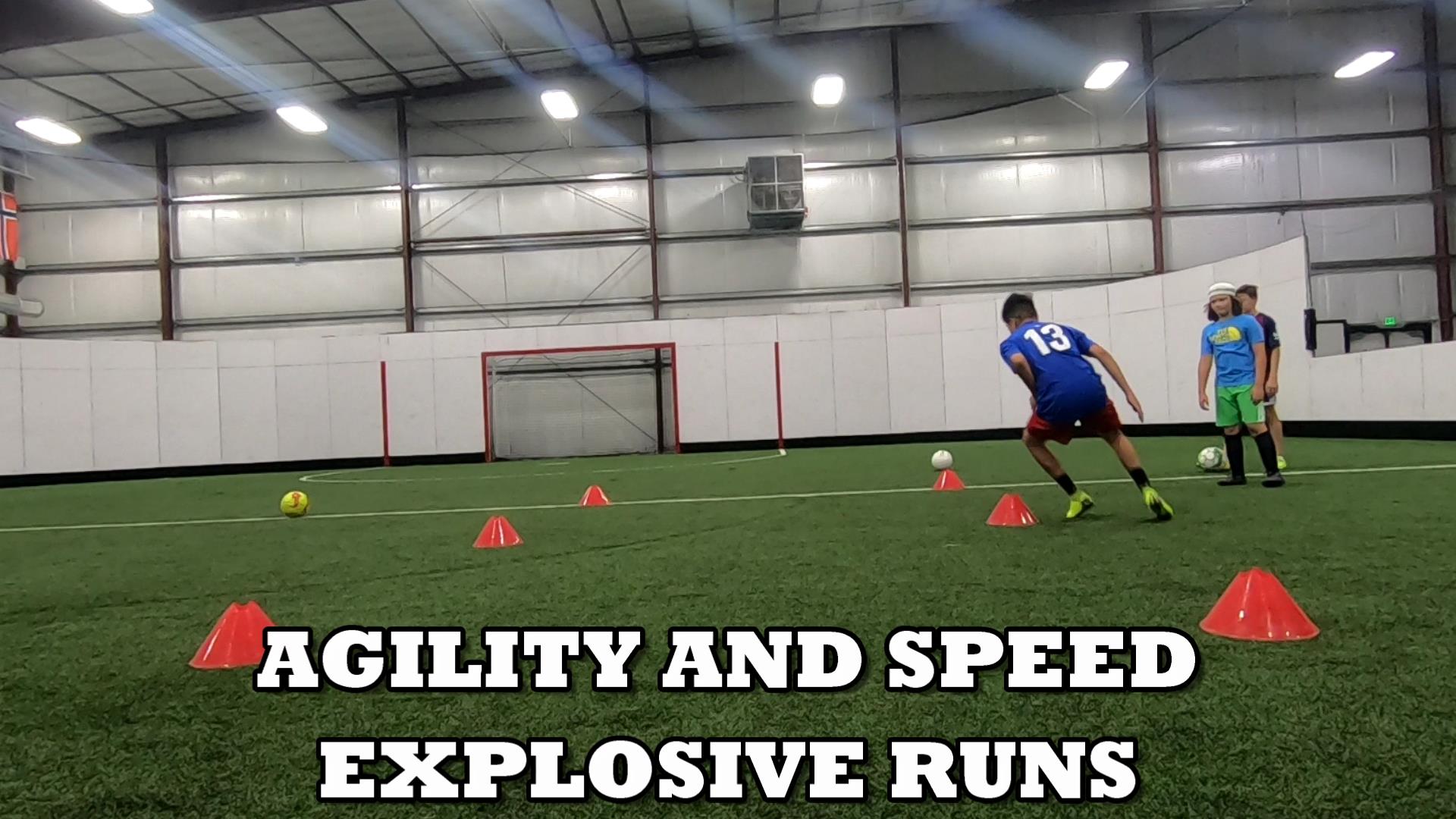 Finish the soccer drill sequence by running the grid.

When running, focus on short bursts of speed and quick turns around the cones.

Stay narrow and close to the cones when turning.

Use fast footwork to get around the cones, and avoid turning wide from the cone. Think of the cone as a player.

For a better soccer workout and to get more out of this soccer drill, increase the repetitions to 3 or 4 reps.