Agility drills for soccer are done in 2 - 3 reps for each footwork drill through the speed ladder. 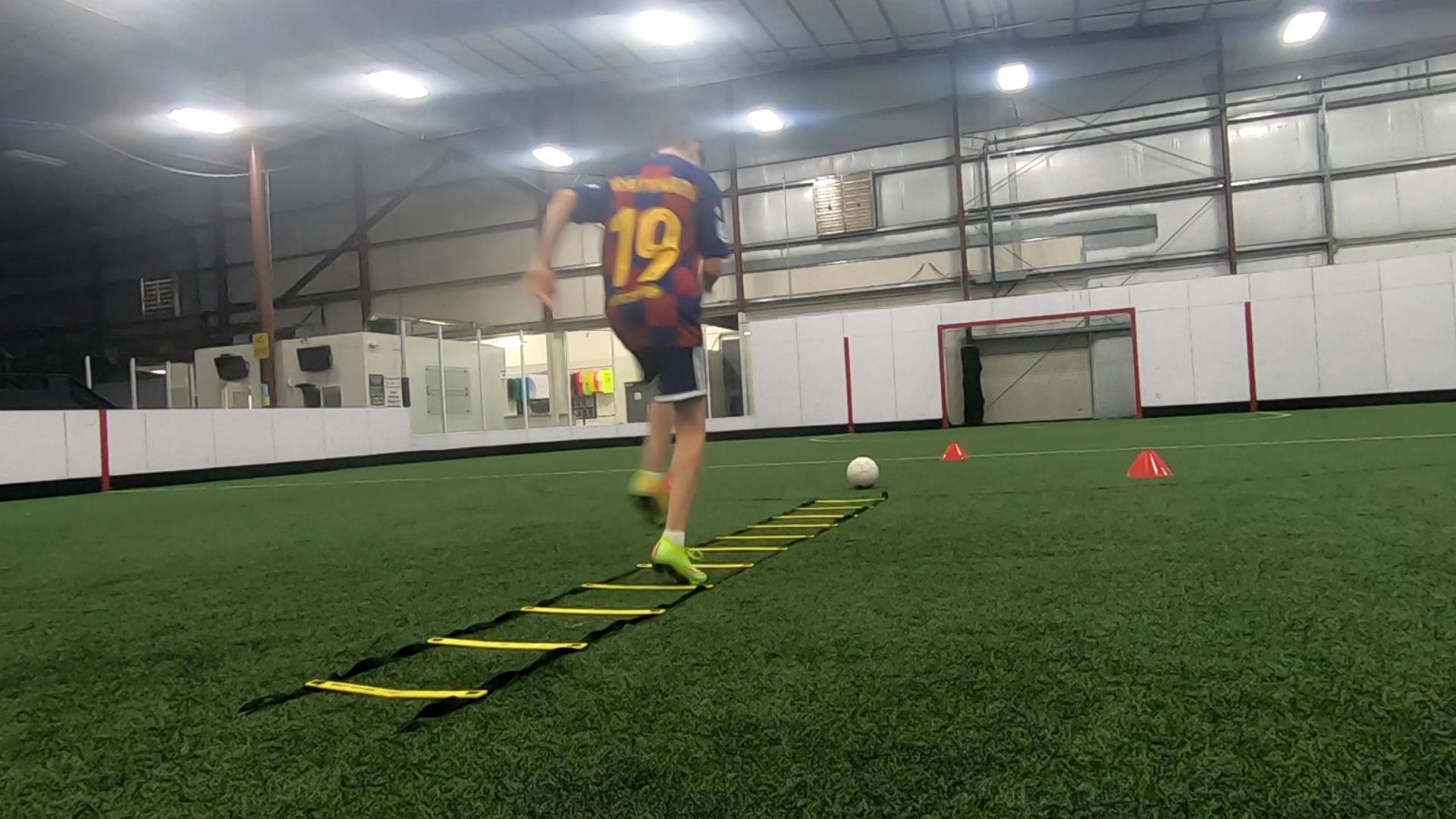 Many different footwork drills are used with the agility ladder. Get creative, and have fun experimenting.

Focus on technique and footwork instead of speed. Arms should be moving in sync with the feet. Teaching players early on the importance of arms in soccer will benefit them as long as they play. Although the game is not played with hands, arms significantly impact protecting the players' space around them.

I tend to allow players to make mistakes and show them the difference in doing the soccer drills the right way.

Coaches should encourage and teach players how to do the exercises better, but too much stopping and explaining is detrimental in developing.

Every player has their style of play, body movement, strengths, and weaknesses. 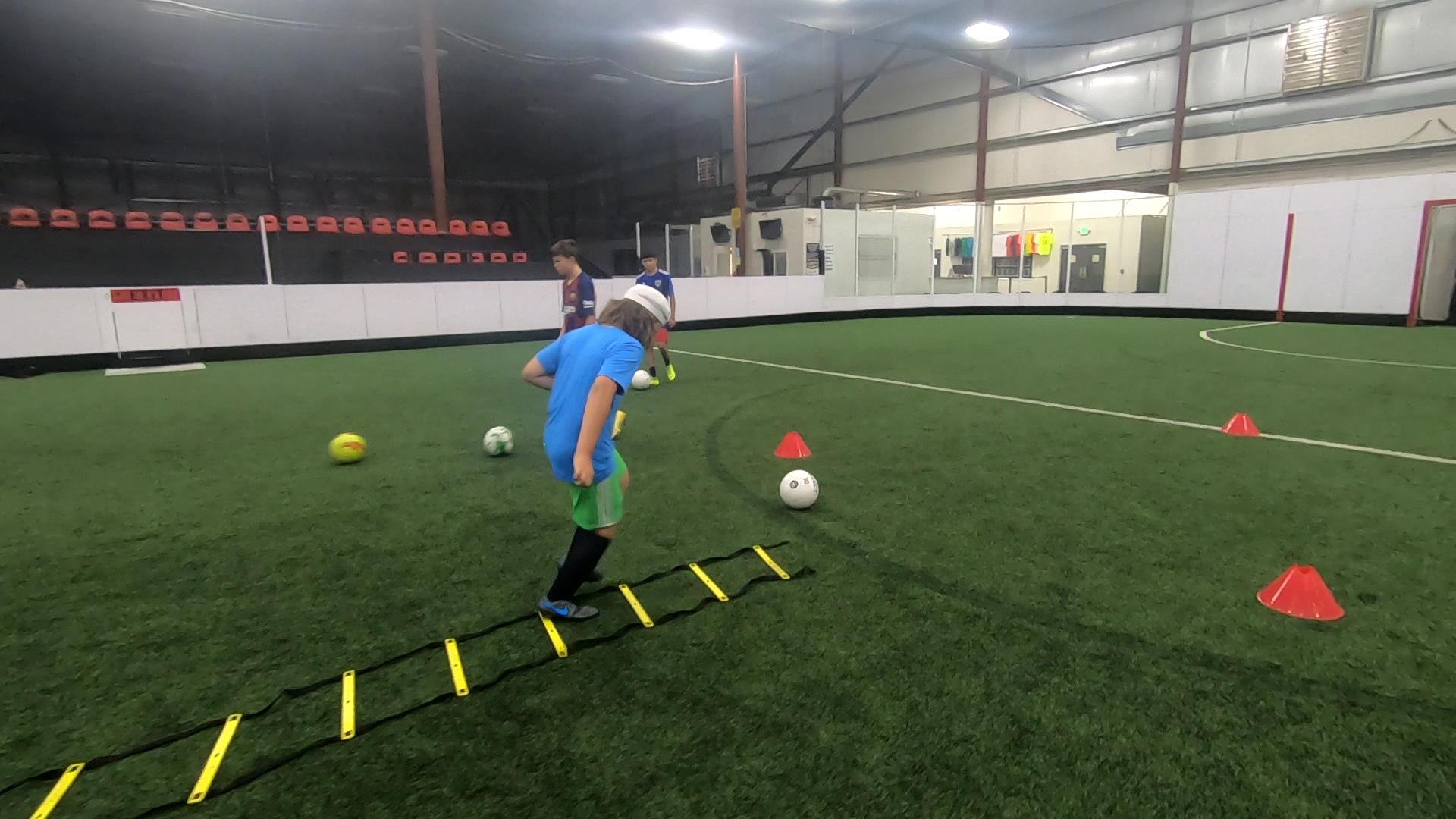 Agility drills for soccer focus on fundamentals and body movement techniques to teach the muscles how to move quicker—this type of training results in quicker footwork for faster speed, acceleration, and direction change.

Boys go through two or three reps before changing the footwork through the agility ladder. I always like to motivate and encourage players to work hard in training, and it will transfer into playing hard in games. 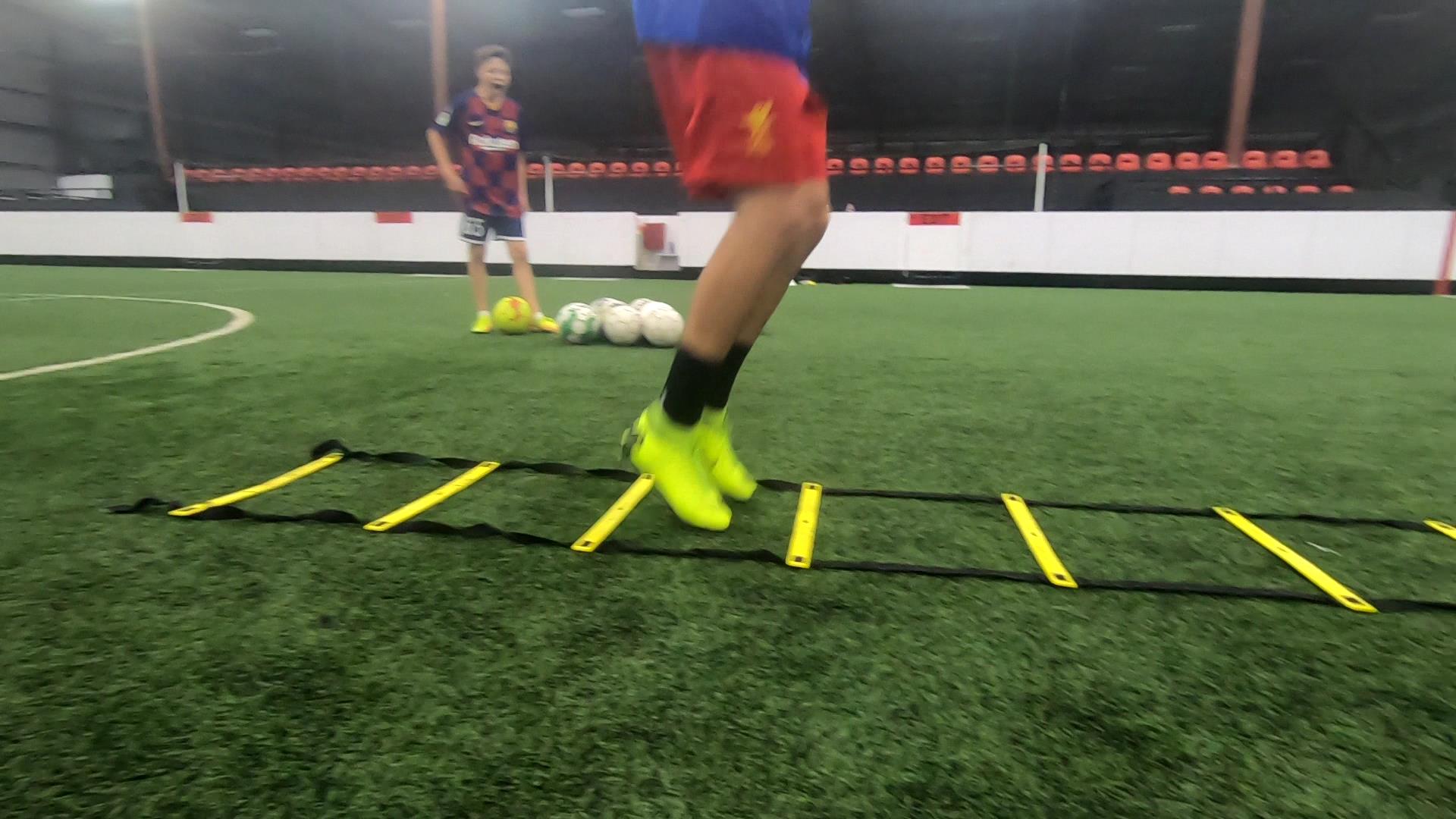 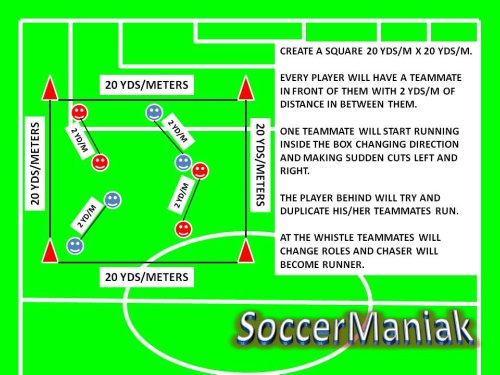 This is one of the more fun agility drills for soccer, especially for younger players with good work ethic in training.

Very simple to set up and get going. This exercise can also be used for warm up part of the game.

Take the square away and have players run around in the open space. The goal is to encourage players who are in the front leading to do sudden change of direction, stop, accelerate, cut etc...

Important part of this soccer agility training is to concentrate on direction change, sudden change of pace, and short steps to do so.