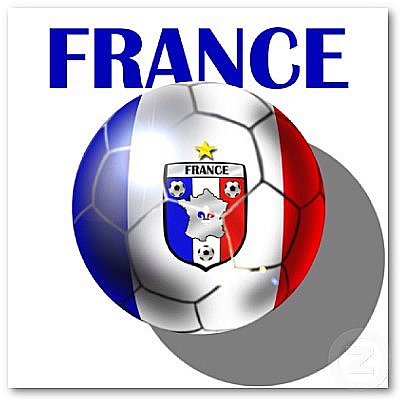 This years World Cup was brought back to the home of Jules Rimet, father of the FIFA World Cup.

It would be an unforgettable world cup for the new champions France, who had been eliminated twice during the Semi Final in two of their previous tournaments where they reached the semi finals before being eliminated.

This world cup also marked the 16th tournament since it was established back in 1930 with 32 teams qualifying which was higher than ever before.

The greatest surprise of 1998 Fifa World Cup was Spain being eliminated during the group stages. They had a great team and high expectations but their slow start consisted of a loss to Nigeria and a draw to Paraguay.

Their third and final match in 1998 World Cup was a win against Bulgaria 6:0 however it just proved that a sleeping giant had awoken, but it was too late. Paraguay instead beat Nigeria on the same night to qualify at the expanse of Spain.

Round of 16 had some epic matches that will be remembered around the world for years to come.

Argentina met England in what was a classic World Cup soccer match.

During the first 45 min there was a penalty for each side making the game 1:1, than one incredible goal of the tournament from youngster Michael Owen and the free kick equalizer from Javier Zanetti made the first finish with a score of 2:2.

Second half was expected to be even better and it did not disappoint as the goals just fueled the drama happening on the field.

David Beckham was sent off for kicking Diego Simeone, Sol Campbels winning goal was disallowed for a foul on the goalkeeper, extra time and penalties followed where Argentina came out a winner.

Italians would again have their title dreams taken away by penalty shootout in the quarter final against France. This would be 3th Italian world cup elimination on penalties.

One of the biggest upsets in 1998 Football World Cup was Croatia. Entering the World Cup for the first time since the independence from Yugoslavia, Croatia upset advanced all the way to the quarter final where they surprised Germany by destroying the German side 3-0.

Croatia met the host France in the semi final where the golden shoe winner Davor Suker scored a goal in the opening minutes of the match silencing Stade de France.

However, defender Lilian Thuram would score for the first time in his career during this competition, not once but twice to help France win the game 2:1 and advance to their first final.

Brazil had to go through Netherlands and penalty shootout to advance into the final against France.

To everyone's surprise France dominated this match by winning 3:0 with Zinedine Zidane scoring two headers from corners and Emmanuel Petit sealing their fate with third and final goal of the tournament.

France was the champion for the first time and the whole population celebrated and came together as one. It was a night to remember on the French streets.

Teams that participated in 1998 Soccer World Cup tournament were: