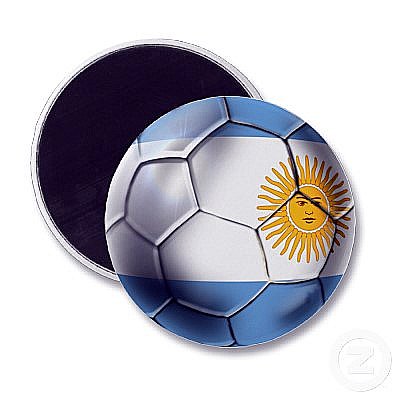 Dutch Johan Cruyff and German Franz Beckenbauer were missing from this world cup with Beckenbauer retiring from International Soccer/Football and Cruyff not showing up with the Dutch squad, which came as a surprise to everyone.

Great soccer was enjoyed by thousands of people and many goals were scored, 2.7 goals average every game.

Argentina was the finalist in the very first world cup held in Uruguay, back in 1930. They played against host Uruguay and lost.

Diego Armando Maradona was also starting to get noticed as a world class soccer player in the making, however Coach Menotti excluded him from this world cup squad because of inexperience. Maradona was only 17 at the time.

Mario Kempes, the only foreign based player in Argentina's squad was the key player in beating Netherlands during the final where he scored twice to help Argentina win the game and the title against the Dutch.

Kempes would also won the golden shoe in this 1978 world cup, scoring 6 goals in total during this tournament.

Teams that participated in 1978 FIFA World Cup were: