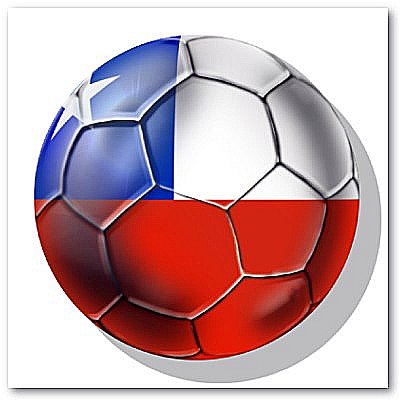 1962 Soccer World Cup in Chile had Brazil successfully defend their title and also show the world that Brazil was rising up and considered to be one of the best football/soccer nations for many years to come.

Brazil side arrived to Chile as the absolute favorite with stars Pele, Garrincha, Amarildo, Vava and Zito leading the squad and being considered best players in the world at the time.

Brazil lost their no. 10 "Pele" in the opening match against Mexico to a thigh injury. Pele scored a goal in that match but would have to watch his team defend their title from the sidelines.

This allowed the winger Garrincha to take the spotlight and also earn a nickname "Little Bird" in the papers during 1962 World Cup.

Garrincha was described as "The most extraordinary right winger Football has ever known" by the newspapers around the world.

This World Cup also staged one of the ugliest matches in the history of Soccer World Cup's during the first round between Chile and Italy.

Italians Giorgio Ferrini and Mario David were sent off with red cards while the Italian Umberto Maschio would walk away with a broken nose due to a punch from Chilean Leonel Sanchez to which Italian Giorgio Ferrini retaliated with a neck-high kick on Leonel Sanchez and in doing so was sent off from this bloody, dramatic, frustrated and everything else except soccer/football match.

BBC called it "The most stupid, appalling, disgusting and disgraceful exhibition of football".

Another thing worth mentioning in 1962 World Cup is the game between Spain and Brazil where Spain needed a win to advance and would have the lead until very late in the game when Brazilian Amarildo scored 2 goals in 4 minutes to knock Spain out of the tournament.

Brazil successfully defended their World Cup Title in the final game against Czechoslovakia.

Teams that participated in 1962 World Cup hosted by Chile were: