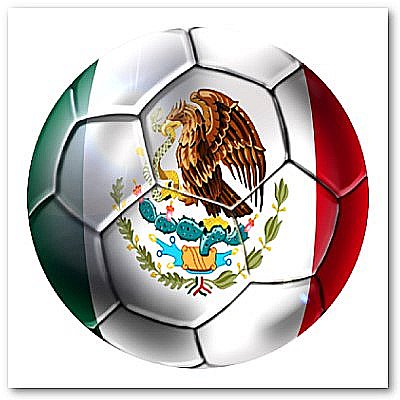 This is the first World Cup tournament that would be broadcasted in color around the world allowing millions of people to watch some of the most amazing soccer/football in the history of this great game.

People all around the world witnessed some of the most amazing gameplay, saves and individual brilliance with the ball ever seen.

Many people think that this was the real introduction of the World Cup where kids around the world watched this tournament unfold inspiring children all around the world to start playing this great game.

This 1970 Soccer World Cup also marked the last World Cup for many top players at the time, including Pele who almost didnt show up for this event because of the bitter experience in England 4 years earlier when he was literally kicked of the field by rough Bulgaria side. He than decided to join his Brazilian teammates and help them win their 3th Championship.

Brazil showed up for this 1970 FIFA World Cup with the most attacking soccer played ever seen. Their attack consisted of 5 players making the attack including Jairzinho, Pele, Gerson, Tostao and Rivelino who were also considered best players, or number 10s in their own style of play creating the unbeatable side of Brazil and playing the most beautiful attacking soccer/football ever witnessed.

This 1970 Football World Cup also introduced the Adidas white and black classic soccer ball, two substitutions allowed per team and the yellow and red cards for the referees.

Englands goalkeeper Gordon Banks made a wonder save when he pawned the goal bounded header from Pele going inside the bottom corner up and over the crossbar. It is considered one of the miracle saves in the history of world cup.

Brazilian Jairzinho also made history by scoring a goal in every match during this 1970 World Cup.

Semi final match between Italy and Germany is also another historic match due to being the match with most goals scored in extra time.

German Karl-Heinz Schnellinger scored a goal in 90th minute to tie the game at 1:1 and force it into extra time. During the extra time Germans would outscore Italy 3:2 making it most scoring extra time match in the world cup history. Game finished 4:3 for the Germans.

After all was played and done, Brazil came out champions for the third time. Newspapers around the world wrote that this was some of the best soccer ever seen.

Teams that participated in this 1970 World Cup were: