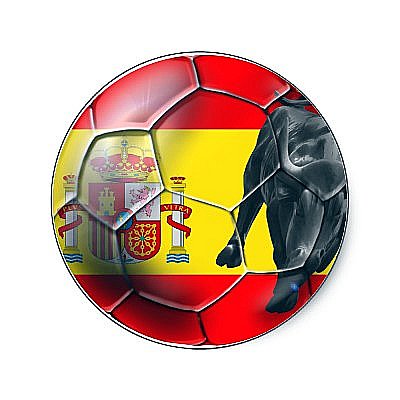 Brazil was the favorite to win it with the dream team midfield consisting of world class players such as Zico, Falcao, Socrates and Eder but to everyone's surprise Brazil was knocked out by the underdog Italy in the second round of this 1982 FIFA World Cup.

Brazil needed a draw in this match against Italy to advance into semi finals and even tho Brazil scored twice, Italian golden shoe winner Paolo ROSSI would send Brazil home by scoring three goals and helping Italy advance through to the Semi Finals to face Poland.

Another match worth mentioning in my opinion is the one in the semi finals between Germany and France. French superstars of this time were famous Michel Platini, Jean Tigana and Alain Giresse.

France had the game in their hands taking the 3:1 lead in extra time but the Germans made a historic come back by scoring twice to force the game into first ever semi final penalty shootout. Germany than advanced through to the final against Italy on penalties.

This was France's second semi final reached before being eliminated in their history of World Cup.

Paolo Rossi from Italy helped Italians celebrate their third World Cup Trophy by scoring goals when they mattered the most.

Starting of slow by not scoring any goals in the opening three matches and also coming back from a 2 year ban from soccer/football, Rossi would find the net when it mattered the most, scoring a hettrick against Brazil to reach the semi finals and than scoring twice more against Poland to help Italy reach finals.

Than guess what, he scores again during the final to help Italy take the championship home and also earn the Golden Shoe by scoring most goals in this tournament, six total.

Once again Italians celebrate another World Cup win and earn the right of being the best international side in the world for the next four years.

Teams that participated in 1982 World Cup tournament were: