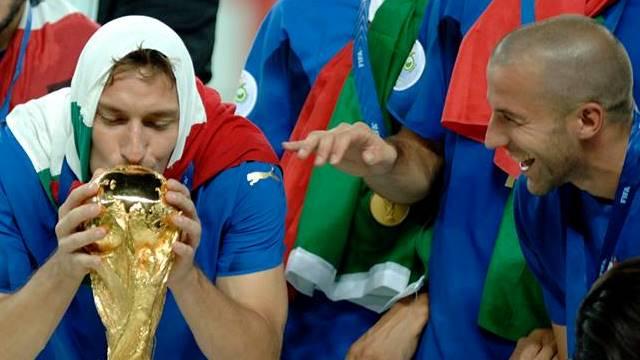 Italian soccer history is filled with different trophies and scandals on both, club and national level.

Italian football (soccer) has always been regarded as one of the most tactical and defensive styles of soccer in the history of this game.

This Italian tactical and defending style is also disliked by many soccer fans around the world.

History of soccer in Italy shows that Italians have had great success using their style of playing with many trophies earned over the years.

First official and organized soccer matches played in Italy were in 1898.

Teams were formed in different regions of Italy and matches were played under Semi-Professional rules.

First Championship and Governing Body was introduced in 1929 by bringing all of the top teams from different regions to compete against each other in what would soon be known as Seria A, ruled by Italian Football Federation.

Official league and Governing Body was created but the Title for the Champion was still missing.

To honor the Champion of the league, Italian Football Federation decided to present a Scudetto to the league winner in the form of a Small Shield.

League winners got to wear the small picture of a shield with the Italian flag on their jerseys throughout the following season.

Italian soccer has been tainted by several negative events, mainly due to match fixing scandals.

First scandal in Italian football history was the match fixing scandal that happened in 1927.

Torino was the club involved in match fixing, causing the Italian Football Federation to strip Torino of its Championship Title that year.

Another Torino based scandal tainted Italian soccer history 79 years later, and this time it involved another Torin based team, Juventus.

This time around, Juventus was punished with 2 Championship Titles being stripped away and relegation to lower division (Seria B) for match fixing in 2006.

Other teams were also involved in match fixing, who were punished by starting the following season with a large deficit in points.

Italy soccer history was also marked with the tragic death of Torino players and staff traveling on the plane that crashed in 1948.

Although the season was not over, Italian Football Federation awarded Torino the Scudetto or The Shield, crowning them Champions.

Italian history of soccer shows many successful years with trophies on National and League level.

Today, Seria A is among the most competitive leagues in the world.