History of Soccer Cleats
Past to Present 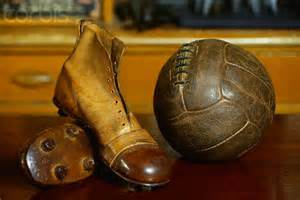 First cleats in the history of soccer cleats were discovered in England's King Henry VIII wardrobe.

First pair of soccer cleats were made by the King's personal shoemaker Cornelius Johnson, in 1525.

First soccer shoes were ankle high, made of strong leather and much heavier than the normal shoes worn during that time.


Soccer gained much popularity in Great Britain between 1500's and 1800's, however the game was still unstructured without any rules to follow, causing the game to be rough and physical.

Most games ended with broken bones and bloody gashes.

Soccer was mainly played by local factories and villages.

To make their soccer boots have more grip on the ground, villagers hammered metal tacks or studs on the bottom of their shoes during this time period in soccer.

Laws of the Game made the game more organized and structured.

As popularity for the game increased, so did the growing demand for better designed soccer cleats.

New, improved and more comfortable style of soccer cleats were introduced with the organization of first soccer leagues.

Players could now eliminate their work boots, and instead, a slipper (or soccus) style shoe was created for them to wear.

For the first time in organized soccer game history players started wearing the same soccer cleats during their matches.

These new soccer cleats/boots weighted 500 grams and were made of hard and thick leather that went up the ankle for increased protection.

They had 6 studs on the bottom of each shoe.

During rainy weather, soccer shoes would increase double in weight, making a significant impact on players wearing them. 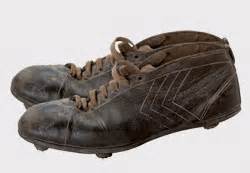 Soccer cleats remained relatively the same during this period of time.

Most significant event with soccer cleats during this time period is several soccer shoe manufacturers opening their business to promote their soccer shoes for players to wear.

Some of the Companies started during that period include:

Another significant event in the history of soccer cleats is the opening of Gebrüder Dassler Schuhfabrik (Dassler Brothers Shoe Factory) in Herzogenaurach, during 1924.

The studs could be changed according to the weather conditions of play.

These were the first soccer cleats made with replaceable studs.

After falling out, two brothers went their separate way, giving us Adidas and Puma today. 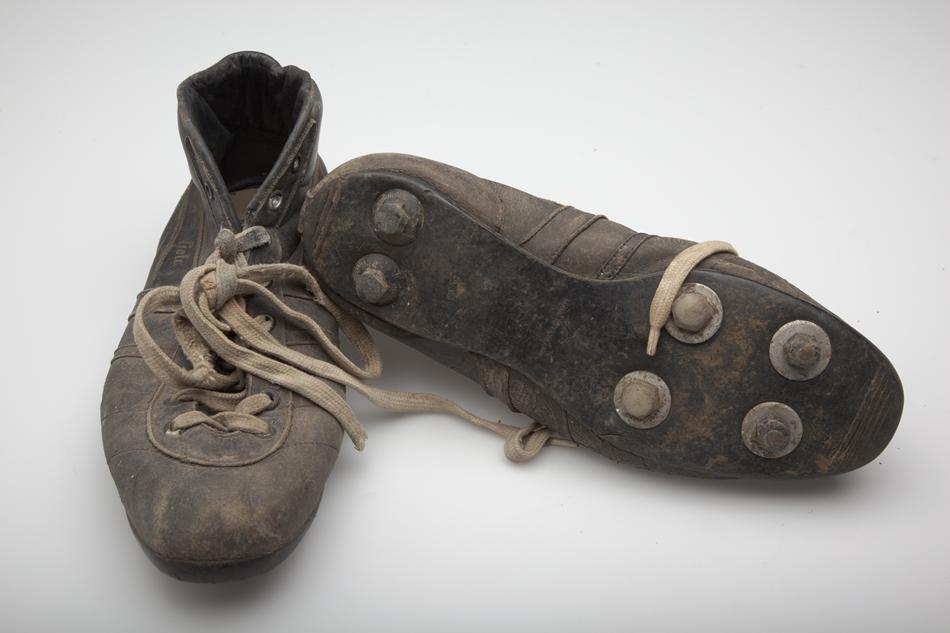 After the World War 2 ended, soccer cleats shifted significantly, due to air travel becoming much cheaper and more international matches being played.

During this time period is when more flexible and much lighter soccer cleats started to be manufactured by different companies.

World Cup was gaining popularity, allowing players to show the world amazing ball skills and technical ability on the tournament followed by millions of people.

Soccer boot production shifted towards producing a lighter soccer cleats with the focus on kicking and controlling the soccer ball rather than simply producing protective footwear.

World recognized footwear manufacturer Adidas and Puma were started up during this period of time.

It is said that two German brothers Adolf and Rudolf who had formed "Dassler Brothers Shoe Factory" in 1924 had a falling out.

Adolf separated from his brother in the early 1940's staying in the original factory and renaming the company to Adidas, while Rudolf went across the river and created his own shoe factory, naming it PUMA in, 1948.

Puma also the first company to produce soccer cleats with interchangeable studs made of plastic or rubber.

Soccer cleats between 1940 and 1960 were still produced in over the ankle design.

Cleats during this time were improved by using synthetic materials and leather.

This made soccer cleats lighter on the players feet to better display their skills with the ball.

With the technology in the world growing, and man taking first steps on the moon in 1969, soccer cleats also experienced huge improvements.

There was a complete makeover in design, with the lower cut instead of ankle high design first introduced in soccer history.

Lower cut design allowed quick players to take full advantage of having free ankles to move faster on the field.

Soccer legend Pele, among many other players, wore PUMA soccer cleats during the 1962 FIFA World Cup.

PUMA had a great start and success introducing new styles and designs of soccer cleats, however Adidas quickly emerged as the market leader with 75% of players wearing Adidas soccer cleats in 1966 World Cup.

During this time period several other shoe manufacturers joined the market with their own brand and styling of soccer cleats, including Mitre in 1960, Asics in 1964 and Joma in 1965. 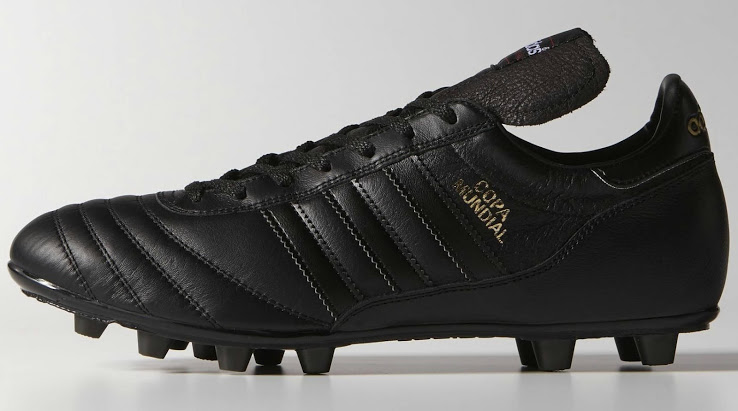 Sponsorship took off dramatically during the 1970's and players made money wearing particular brand when playing.

Lighter soccer cleats followed, improved with better design to help with traction on the grass.

Variety of colors, including the all-white soccer cleats were introduced for the very first time during the 1970's.

Copa Mundial are built out of kangaroo leather, and are still used today by many players.

Adidas remained to be the top soccer shoe manufacturer during the 1970's, while several other soccer cleat manufacturers started emerging, including the Italian famous soccer cleats maker, Diadora, in 1977. 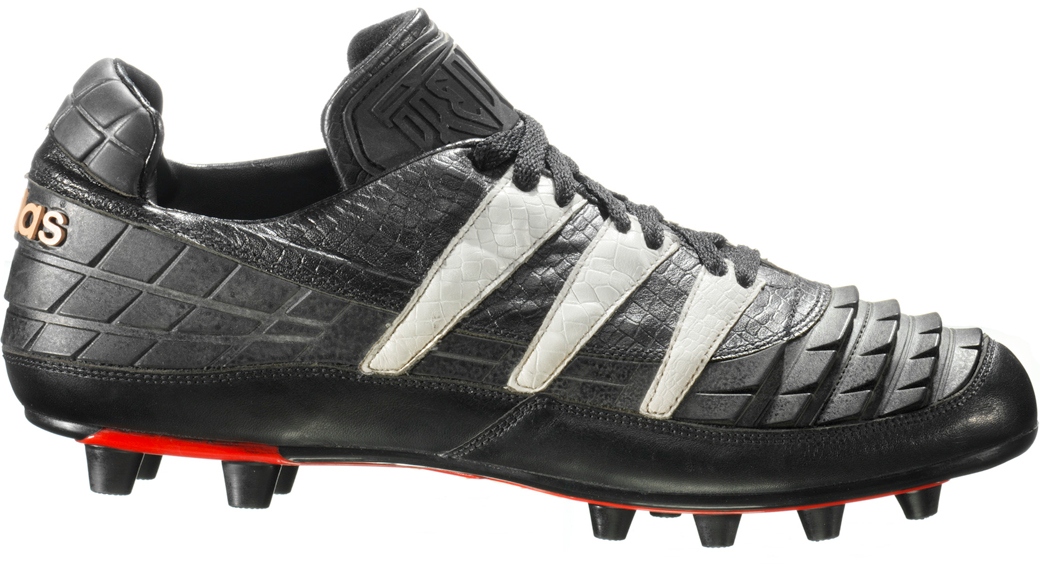 As technology became better during the 1980's so did the design and quality of everything around us, including soccer cleats.

All of the soccer cleat manufacturers produced lighter soccer cleats, this time improving on stud placement for the overall performance of the boot.

He created Predator soccer boots with much improved traction between the ball and cleats. 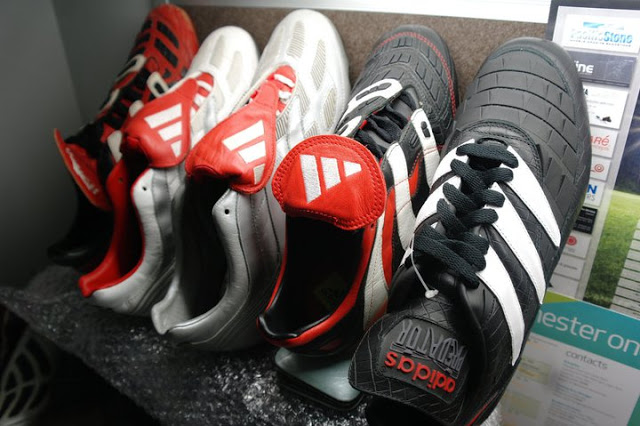 Craig Johnston spent most of the 1980's designing the new soccer boot Predator, and Adidas finally introduced it in 1994.

Its design, styling and technology made it an instant and lasting success.

Normal round studs were also replaced with a bladed design improving players stability.

Because of very high popularity of the sport and much demand for soccer cleats many new companies joined the lucrative and competitive market introducing their own styles and designs for soccer shoes.

Most significantly, 1990's saw the entry of NIKE into the soccer cleats market, immediately making an impact with its Nike Mercurial design in 1998, weighing in at just 200g. 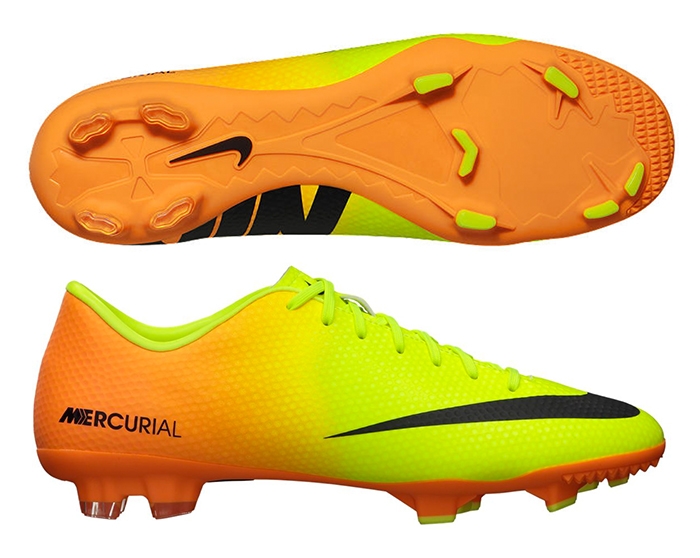 As technology advances further, the application of new research is applied in creating new and improved soccer cleats.

Other soccer cleat manufacturers are out there including: Mizuno, Diadora, Lotto, Hummel and Nomis.

As the time passes many new soccer cleats are introduced, made lighter and with new improvements.