How To Tape An Ankle

How to tape an ankle - Introduction

Ankle taping is a big part of preventing ankle injury for players participating in any type of sport where running and change of direction is required, such as soccer, football, basketball etc.

All professional teams have a lot of money invested into taping their athletes because taping your ankle greatly reduces ankle sprains which is one of the most common injury in sports.

Taping a sprained ankle is done for most professional players because they are required to do so due to their high paying contract, however amateur players don't tape their ankle usually until an injury occurs.

I would recommend taping of ankle before every game just because it is close to impossible to injure your ankle when you tape it.

If you already have an injury than taping your sprained ankle is a must.

Getting used to playing with a taped ankle is just a matter of playing in a few games.

I cannot stress the importance of taping your ankle when playing sports enough.

Ankle injury is most common in sports like soccer, basketball or football just to name a few.

Ankle injury can and will have a huge effect on your game.

You can avoid this by taping it before injury occurs preventing ankle injury from happening :D

How to tape an ankle?

Place your ankle in a 90 degree position and start applying pre wrap tape in a figure 8 motion so that your ankle is completely covered as seen in the picture. 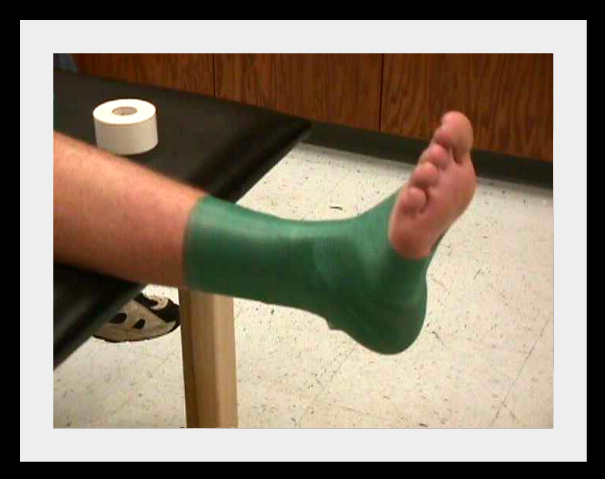 Next apply two anchors at the top of the pre wrap so that there is no pre wrap visible where the two anchor straps are applied. 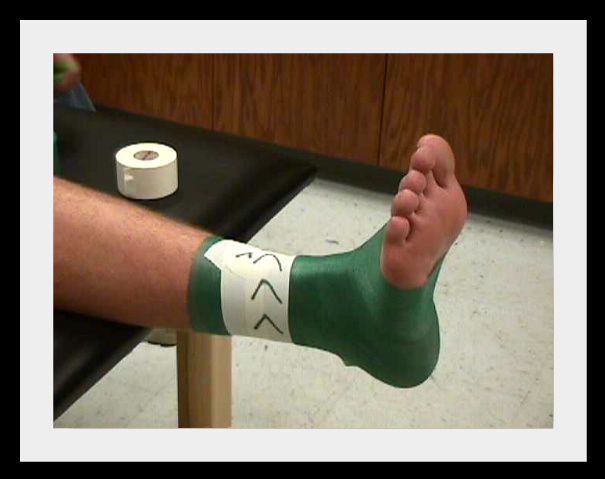 Start a stirrup in a letter of U from the inside of the foot and top of the anchor, down under the heel and back up to the anchor forming a letter U than secure this stirrup by applying another anchor.

Next add another stirrup in a U letter overlapping the previous stirrup at half. When done apply another anchor to secure the second stirrup. 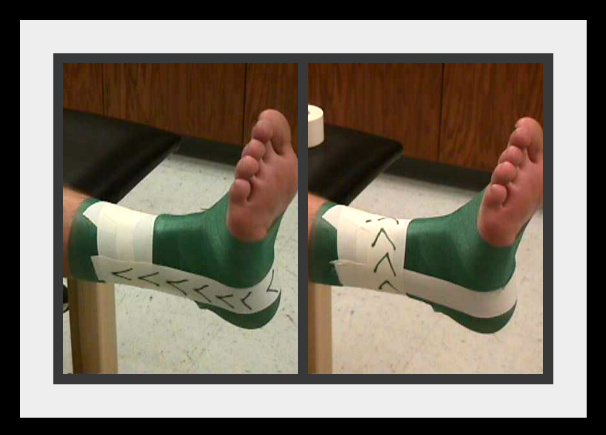 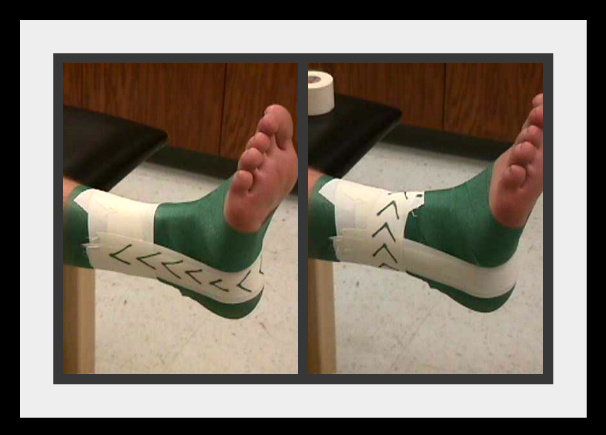 Next apply a figure 6 which starts from inside and top of the anchor, down under the heel but instead of coming back up you will want to go around the outside and over the ankle.

Secure Figure 6 with another anchor. 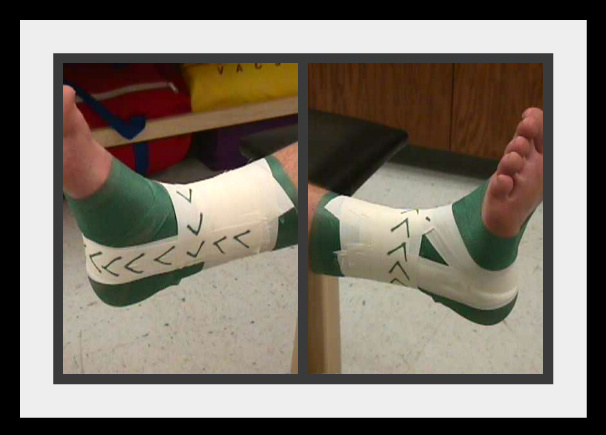 Next you will will apply an inside heel lock by starting on the inside of the foot, going behind the heel and finishing at the top of ankle. 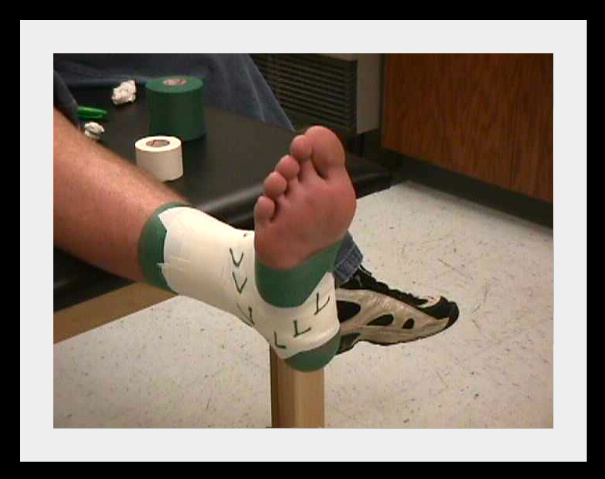 This time you will apply an outside heel lock by starting on the outside of the foot, going behind the heel and finishing at the top of the ankle. 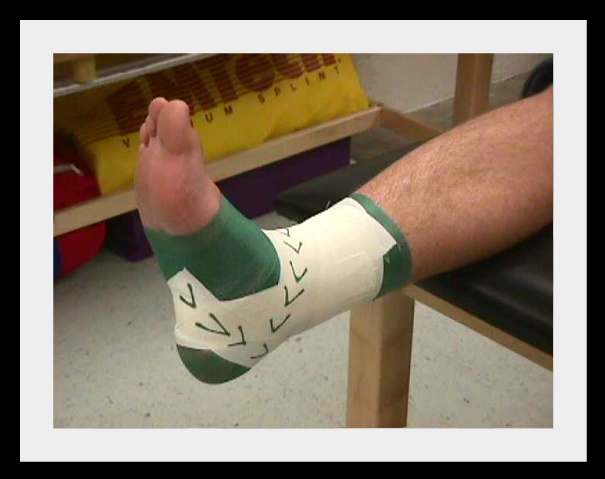 Next apply ankle lock by starting inside and at the top of the anchor than behind the heel across bottom of foot coming up parallel to the beginning of this strip. 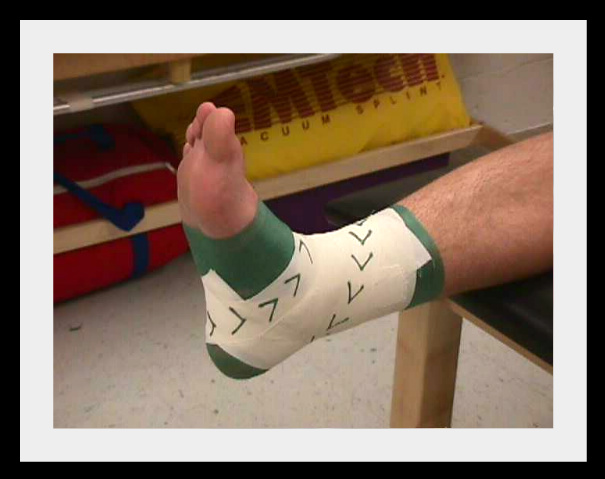 Apply another ankle lock but this time starting from the outside and at the top of the anchor coming down behind the heel and across the bottom of foot coming up parallel to the beginning of this strip. 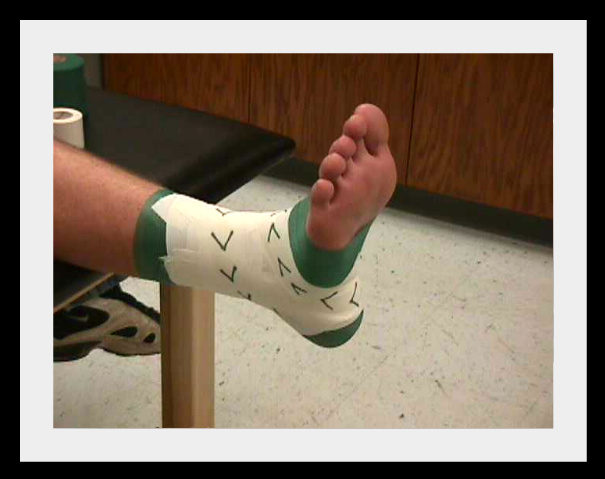 Finish the tape job by applying a closing strip same as an anchor but at the bottom of the foot. Than apply two more anchors at the top of the tape job to secure the tape fully. 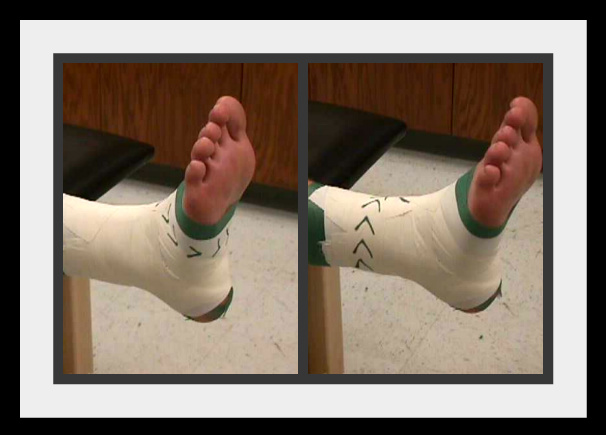