Founded in 1902, Real Madrid bounced around Madrid, Spain playing their home matches mostly on some minor grounds that were used by other clubs as well.

In 1912 Real Madrid found its home at the Campo de O'Donnell where they remained for the next 11 years.

Campo de O'Donnell had the capacity of 5,000 spectators and was a multi use stadium in Madrid, Spain. 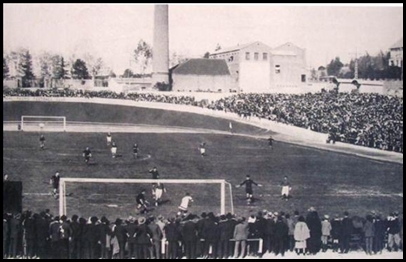 After spending 11 years at the Campo de O'Donnell, Real Madrid made a brief change in their home soccer field by playing at the Campo de Ciudad Lineal which had a higher seating capacity of 8,000 people.

Real Madrid used this stadium for not even a full year before moving again, and this time making a more permanent stay at the Estadio Chamartin in 1924. 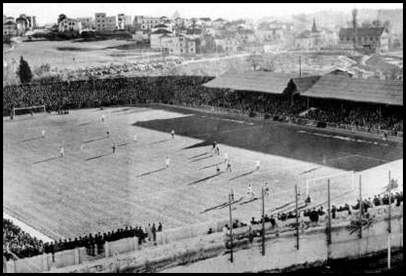 Estadio Chamartin was built in 1923 with the capacity to seat 22,500 people and was to be a permanent home for Real Madrid football club.

This Real Madrid soccer stadium was inaugurated on May 17th, 1923 with a match against Newcastle United in which Real Madrid came out victorious. 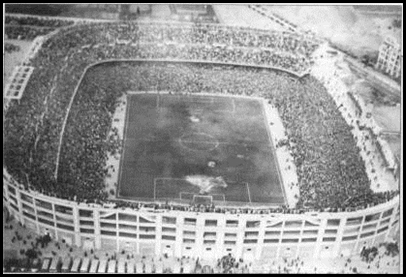 Newly elected Real Madrid president Santiago Bernabeu in 1943 decided that the stadium where Real Madrid played their home matches was just not big enough to accommodate club followers and growth as he had higher ambitions for Real Madrid Football Club. 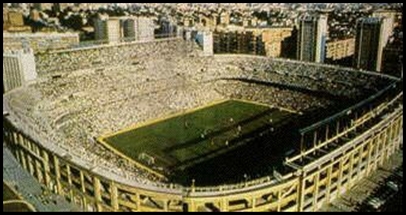 The first major renovation of the Nuevo Estadio Chamartin came in 1954 when the stadium was expanded increasing its capacity to 125,000 spectators from the initial 75,154 fan capacity.

Nuevo Estadio Chamartin became one of the best stadiums in the world with the capacity to hold 125,000 fans. 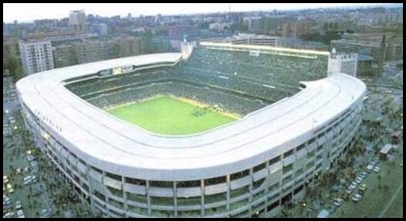 Santiago Bernabeu Real Madrid football stadium had to adapt to the changing times and renovations were scheduled once again in order to accommodate the upcoming 1982 World Cup rules and regulations.

Number of improvements were made including two thirds of the seating area being covered, remodeling of the facade, installation of new electric signs and renovation of the press area and locker rooms.

All the renovations also reduced the stadium capacity from 125,000 to 90,800 spectators.

Santiago Bernabeu hosted four matches from the 1982 FIFA World Cup including the final match between Italy and West Germany. 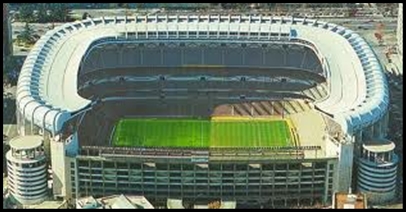 During the mid 1980s UEFA introduced new safety standards due to increasing violence in the stadiums across Europe.

With these new safety standards Santiago Bernabeu was renovated once again in 1992 - 1994 creating different shortcuts to different stadium sections and seats, adding amphitheater on the west side of the foundation, new upgraded seats, four entrance towers and other modifications that increased the height of the stadium from 22m to 45m.

Due to new height of the stadium, additional improvement were made like the increased lighting, retractable protective roof and a polypropylene pipe network was installed at a 20 cm depth under the pitch to circulate hot water keeping the grass from freezing during cold weather.

After all the renovations were done by 1994 capacity of the stadium was increased back up to 110,000 spectators. 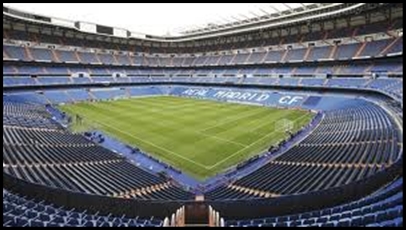 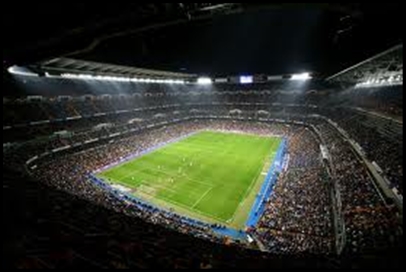 Florentino Perez, new Real Madrid president in 2001 lunched what he called a "Master Plan", improvement of comfort at the stadium and the quality of its facilities in order to maximize the stadium revenue.

He invested €127 million in five years, from 2001 - 2006 adding the expansion to the east side of the stadium, new facade on Father Damien street, new costumes, new VIP areas, new press area, new audio system, new bars, heating in the stands, panoramic lifts, new restaurants, escalators in the tower access and the implementation of the multipurpose building in Father Damien street. 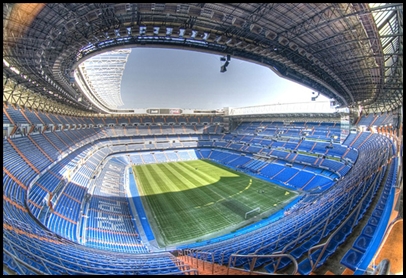 I hope you found this Real Madrid stadium history interesting as there is much history behind the Santiago Bernabeu we see today in 2012.

Please check out my other articles.