I was really surprised to find out that Chelsea Stadium, Stamford Bridge, is the only stadium that Chelsea FC have used since their founding in 1905.

This means that by now (2012) Stamford Bridge has been a part of Chelsea history for 107 years.

Before it became Stamford Bridge, home of Chelsea FC, the stadium was built in 1877 and used by the London Athletic Club for Athletics meetings during the early 1900s.

In 1904 the ownership of the stadium changed hands when two brothers Gus and Joseph Mears became owners of the grounds.

They had also purchased additional land around the stadium with the sole intention of creating a professional soccer team which in 1905 became a reality with Chelsea FC. 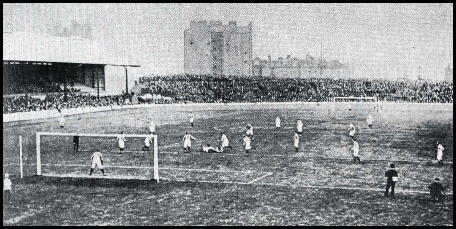 In 1905 Stamford Bridge was built by architect Archibald Leitch who included the very first 120 yard long stand on the East Side of the field with the capacity of holding about 5,000 spectators.

The total capacity of the stadium was 100,000 making it the largest stadium in the country behind Crystal Palace.

Stamford Bridge remained unchanged for the next 25 years until the Shed End terraced area was added during the 1930.

This Shed End would forever be associated with Stamford Bridge because of all the Chelsea die hard fans finding their home in the Shed End singing and making the atmosphere of the stadium loud and incredible during the 1960s, 1970s and 1980s.

Because of the new law passed in 1990s requiring all of the stadiums to be all seated, Old Shed End was demolished in 1994 and replaced with an all new seated Shed End in 1997.

The final match with the Old Shed was on May 7th, 1994 against Sheffield United.

Sadly no one knew that this was going to be the very last game before the Shed was demolished so The Old Shed was never given the historic sent off it really deserved. 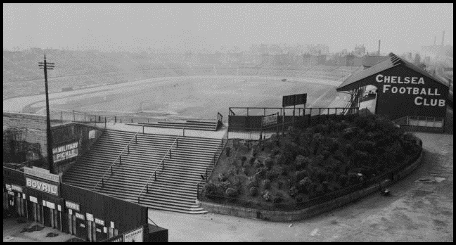 In 1939 the North Stand was built but because of the architecture of the stadium, north east corner stuck out being completely different in design than the rest of the stadium.

In 1975 North End was demolished and replaced with open terracing until 1993 when even more modern redevelopment of Stamford Bridge commenced.

During one of the best Chelsea periods in 1964/65 season, the stadium was remodeled by replacing the Western Terrace by a seated stand that had 3/4 seating and 1/4 concrete slabs known as the "Benches". 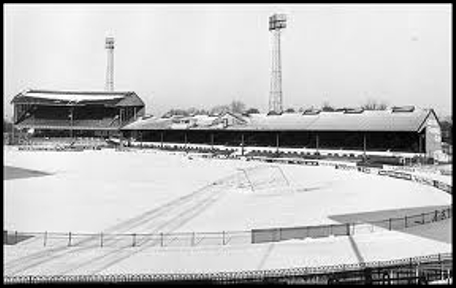 The West Stand remained the last piece of the old Stamford Bridge stadium until its demolition in 1998 and replacement with one of the finest stadium stands costing an estimated £30 million to build, and housing 13,500 people in luxury surroundings with superb views.

East Stand was built in 1973 and was considered one of the best engineered stands way ahead of its time in 1973. 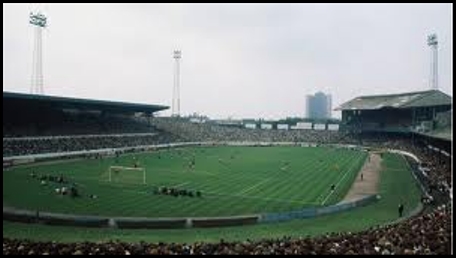 East Stand is the only part of the current stadium that survived the rebuilding of Stamford Bridge during the 1990s, although it has gone through extensive remodeling to make it what it is today.

This significant East Stand has somewhat controversial past as it also brought Chelsea to one of the worst financial difficulties in the clubs history.

After successful seasons during the early 1970s, then owners decided that the all star team that formed Chelsea during those times deserved to be playing on the best stadium in the country.

Owners plans were overly ambitious with a goal to completely remodel Stamford Bridge into a 50,000 all seated stadium. 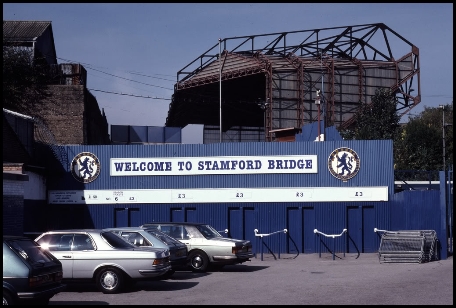 The ambitions proved to be too much on the club financially forcing them to sell all of the star players, be relegated and nearly bankrupt by the 1980s.

The owners of Chelsea FC made a big decision to sell the Stamford Bridge to property developers during the late 1970s when the club faced bankruptcy.

This decision nearly saw Stamford Bridge and Chelsea FC part ways with the club facing ruin and the Stamford Bridge facing being demolished and turned into houses and supermarkets. 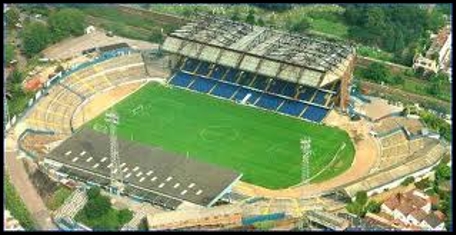 In 1982 Chelsea FC was sold to a new chairman Ken Bates for £1, however the club had no home ground to play at because the freehold on Stamford Bridge belonged to property developers Marler Estates.

After a long legal fight between Bates and Marler Estates, Chelsea FC was reunited with their Stamford Bridge stadium in 1992 after Ken Bates made a deal with bankrupted Marler Estates.

It took 20 years to rebuild not only the stadium but the entire club, however the East Stand represents the only thing left from the old stadium and is a big part of Chelsea FC history today. 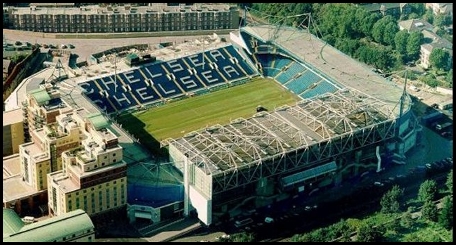 Rebuilding Stamford Bridge stadium started with the redevelopment of the North Stand area.

Old banked terrace was demolished and replaced by a new stand renamed as the Matthew Harding Stand in the memory of the Chelsea director killed in a helicopter accident whose loan helped with its building.

After the demolishing of the old Shed End in 1994 and building of the New Shed End in 1997, Stamford Bridge was also added a four star hotel now called Millenium Hotel located in the back of the Shed End. 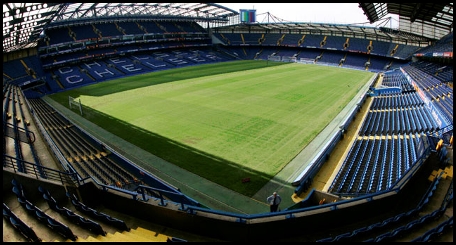 The final piece of the Stamford Bridge stadium redevelopment included rebuilding of an all new 13,500 seated West Stand.

After some delays caused by local council over planning permission, West End was built and opened for the first time on Aug 19th, 2001 marking the completion of the Stamford Bridge which had began in 1973 with the historic East End.

Current capacity of Stamford Bridge Chelsea soccer stadium stands at 41,798 seated spectators and the ground has gone from being a huge oval shape with the running track surrounding the field to 4 sides much closer to the field. 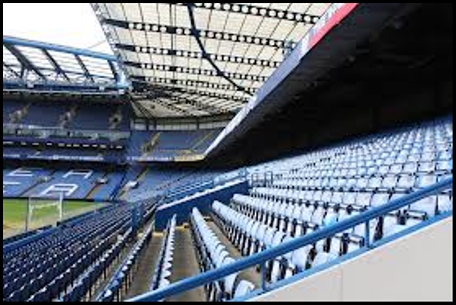 Only the huge old Shed Wall remains from the original stadium and can be seen opposite Megastore and Box Office.

Stamford Bridge soccer stadium has come a long way since the original Athletics venue in 1877.

There is still a big desire by the club to increase the capacity of the stadium but due to various planning and safety requirements this remains just that, desire, until new technologies come up with solution to support more expansion of the stadium. 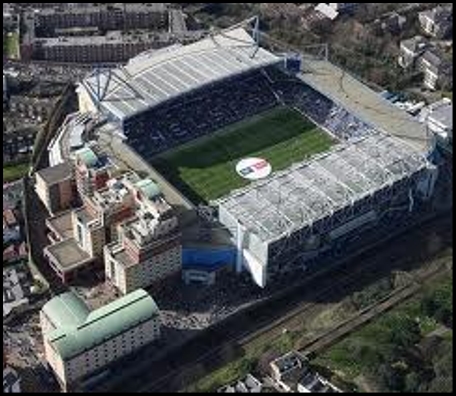 There you have a little history lesson about Chelsea soccer stadium that goes back to 1905 and the making of the Chelsea Football Club.